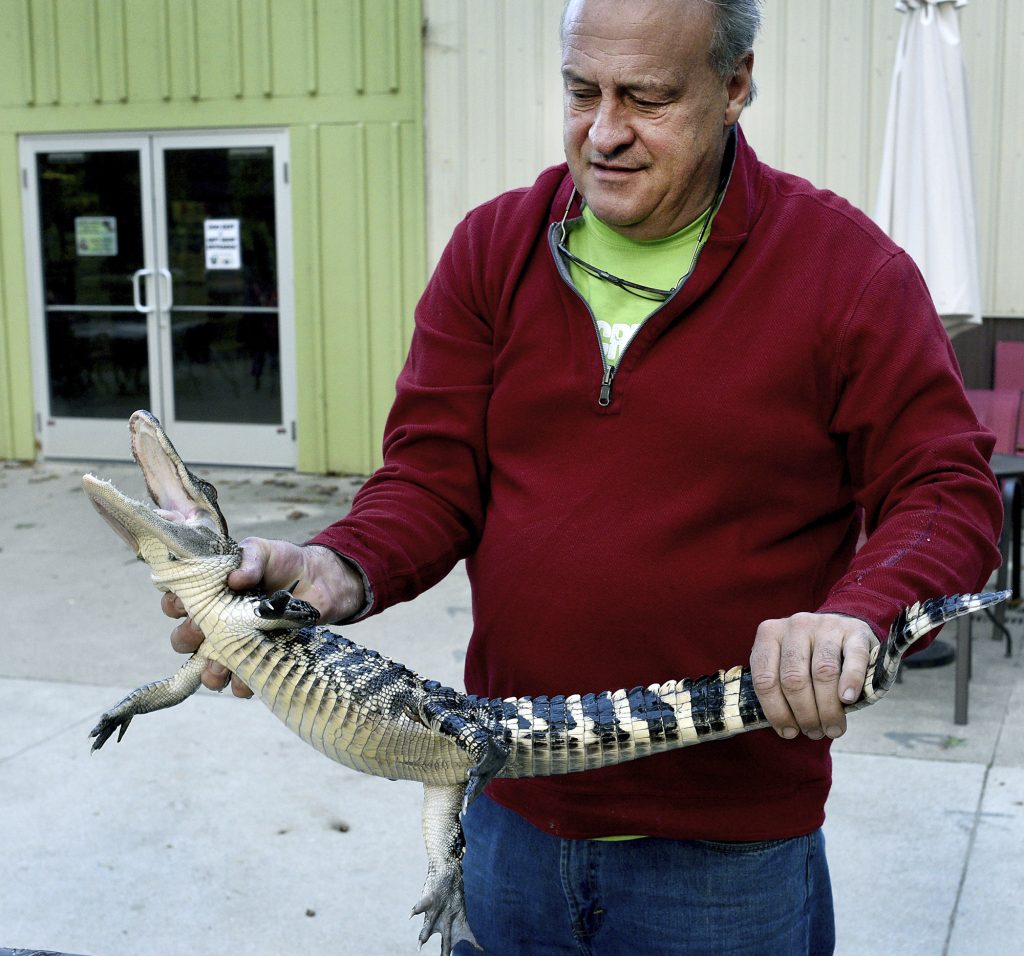 An alligator rescued from a southeastern Michigan school pond is doing well in its new digs at a zoo.

Staff from the Indian Creek Zoo in Lambertville on Friday captured the American alligator — originally believed to be a caiman — from a pond on the Bedford junior high/high school campus in Temperance. It was discovered the day before in the pond used for academic study.

Zoo employees have named the reptile “Renegade.” It’s about 3 feet long and believed to be around 3 years old.

It was likely an illegal pet that escaped or was released.

Zoo officials tell The Monroe News that Renegade will spend the fall and winter inside a heated barn and move into a new enclosure in the spring.