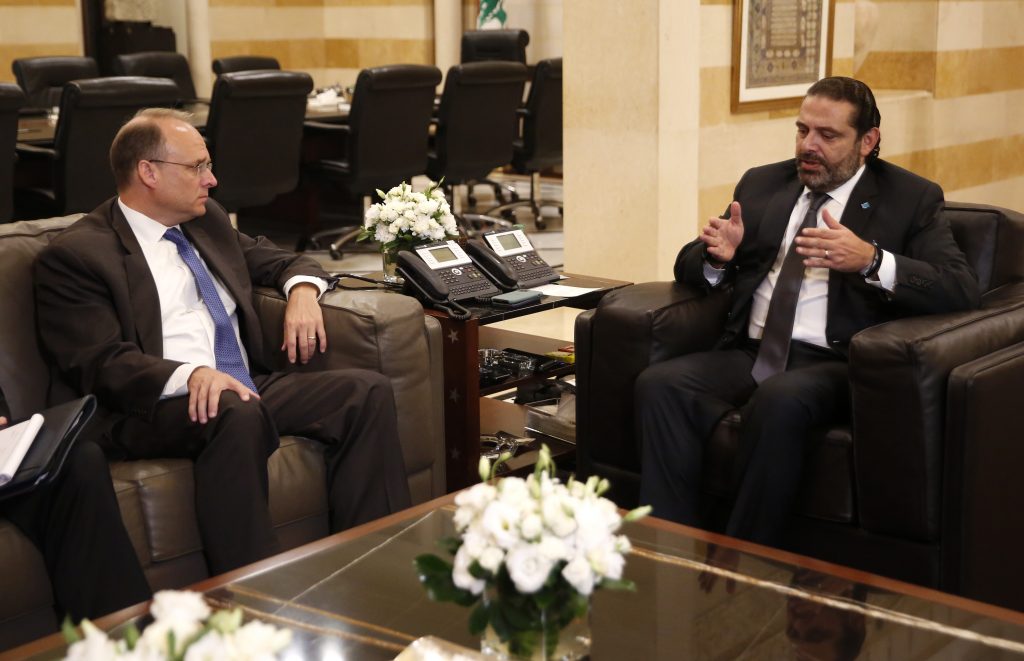 Treasury Department Assistant Secretary Marshall Billingslea met with the prime minister and the speaker of parliament, as well as officials from the Association of Banks in Lebanon and the central bank governor.

Hezbollah holds three cabinet seats, and along with its allies has more power than ever in the parliament and government. It is also among the most effective armed groups in the region, extending Iran’s influence to Israel’s doorstep. Domestically, the group’s power exceeds that of the Lebanese armed forces.

Lebanon’s Central Bank chief Riad Salameh played down reports in local media that the U.S. will impose further sanctions on the country’s dollar-strapped banking system. He said Billingslea “is not coming here to squeeze Lebanon.”

A U.S. embassy statement said Billingslea “will encourage Lebanon to take the necessary steps to maintain distance from Hezbollah and other malign actors attempting to destabilize Lebanon and its institutions.”

The bank last week was forced to request self-liquidation and the move was accepted by the central bank governor.

The U.S. has been imposing sanctions on Hezbollah for years, as Washington considers the group a terrorist organization. Such steps have increased in recent months as the Trump administration is using “maximum pressure” against Iran, Hezbollah’s main backer.

In July, the Treasury Department targeted a Hezbollah security official and two members of Lebanon’s parliament, saying they are suspected of using their positions to further the aims of the militant group and “bolster Iran’s malign activities.” It was the first time Washington targeted Hezbollah legislators.

Hezbollah, whose Arabic name translates as “Party of G-d,” was established by Iran’s Revolutionary Guard months after Israel invaded Lebanon in 1982.