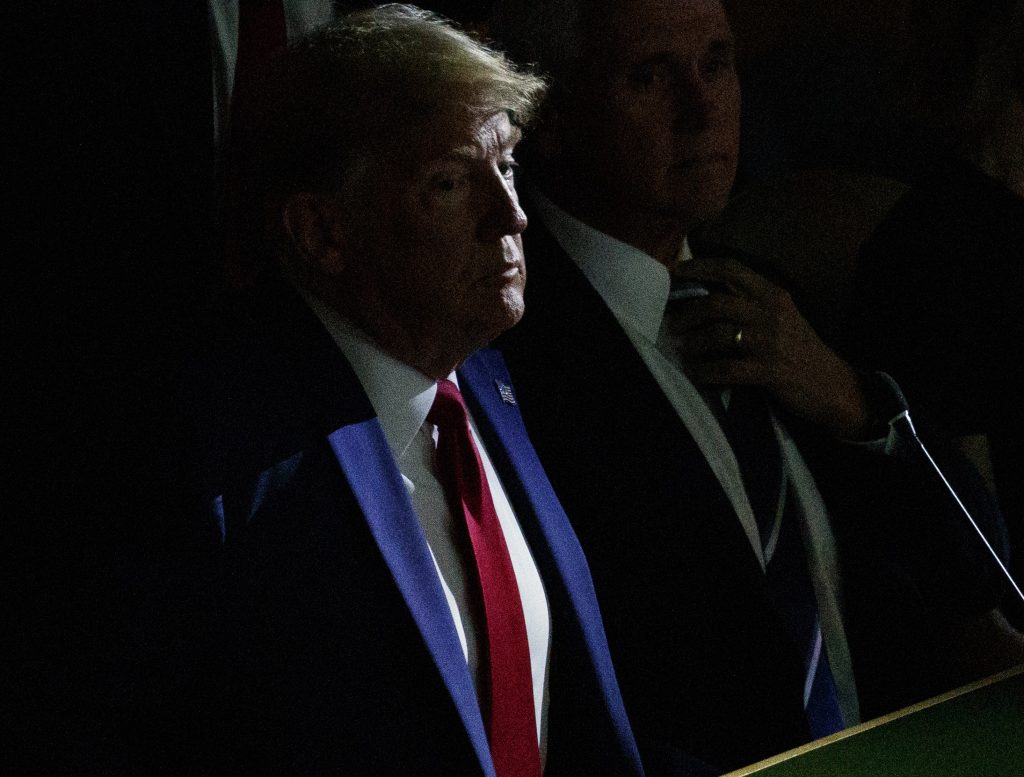 President Trump didn’t elaborate in comments to reporters ahead of the start of U.N. meetings in New York, and it was not clear if concrete plans were in the works for another meeting meant to address a growing diplomatic impasse over the North’s development of nuclear-armed missiles targeting the U.S. mainland.

The stalemate comes despite past high-profile meetings between Trump and Kim. Trump has played down a series of recent North Korean tests of short-range missiles and artillery systems that could strike U.S. allies South Korea and Japan, which host tens of thousands of U.S. troops.

Trump meets later Monday with South Korean President Moon Jae-in, the driving force behind the initial diplomacy that led to the first Trump-Kim summit last year and replaced threats of war in 2017.

Trump also will speak Tuesday before the U.N. General Assembly, two years after he used that podium to deride Kim Jong Un as “Little Rocket Man” and to threaten to destroy North Korea.

The North reportedly hasn’t sent its top diplomat to the U.N. meetings, making the Moon-Trump talks potentially the highest-level diplomatic opportunity to push ahead this week on the nuclear standoff.

Talks have been stalled for months as the impoverished North pushes for sanctions relief and Washington and Pyongyang jockey over what disarmament steps North Korea should take in return.

Trump has repeatedly said he is not worried by the stagnating diplomacy and North Korea’s recent weapons tests, but there is a strong sense of urgency in Seoul and elsewhere. The second Kim-Trump summit collapsed in February, and while the leaders met briefly again at the Korean border in June, there has been little apparent progress since then.

In recent days, however, North Korea has praised Trump for saying Washington may pursue an unspecified “new method” in nuclear negotiations with Pyongyang as well as for his decision to fire his hawkish former National Security Adviser John Bolton.

Although North Korea has hinted that some sort of diplomacy could soon resume, it says it will not consider abandoning its nuclear weapons unless it faces no external threats. The North says annual U.S.-South Korean military drills and the huge presence of American troops in the region are proof of U.S. hostility toward Pyongyang.