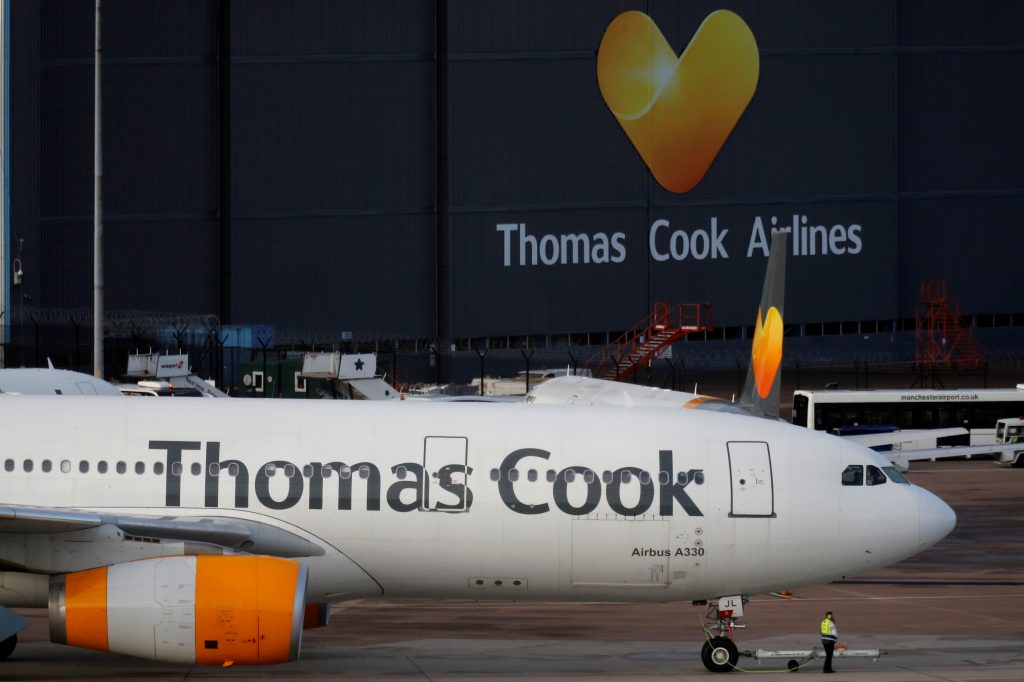 The tourists, mainly British, were vacationing on the islands of Zakynthos, Kos, Corfu, Skiathos and Crete, the official said.

“The top priority now is to get them back home,” the official said, declining to be named.

Thomas Cook, one of Britain’s oldest companies, ran hotels, resorts and airlines for 19 million people a year in 16 countries.

The head of Greece’s hotel federation said Thomas Cook’s financial collapse would be a significant blow for hoteliers, since many vacation packages were not prepaid.

“The situation is quite difficult. It does not affect just British tourists but other nationalities as well,” Grigoris Tassios told ERT news channel.

He said many hotels were expected to take losses on payments affecting vacation packages for the last two months, meaning “many millions of euros.”

“Up to October 15 there are high occupancies, so we will suffer losses from this segment, too,” Tassios said.

He said hotel companies would turn to the courts to try and recover money owed by Thomas Cook.

The company’s collapse could be a blow to tourism in its biggest destinations, including Greece, leaving fuel suppliers out of pocket and forcing hundreds of travel agents to shut down across British high streets

But the Greek tourism confederation SETE said the industry has the depth and quality to overcome the hit. It called on the government to come up with specific measures to help companies absorb the problems that will arise.

Greece has been experiencing an upsurge in tourism in the last years with a record number of 33 million visitors last year. Tourism accounts for about a quarter of economic output.