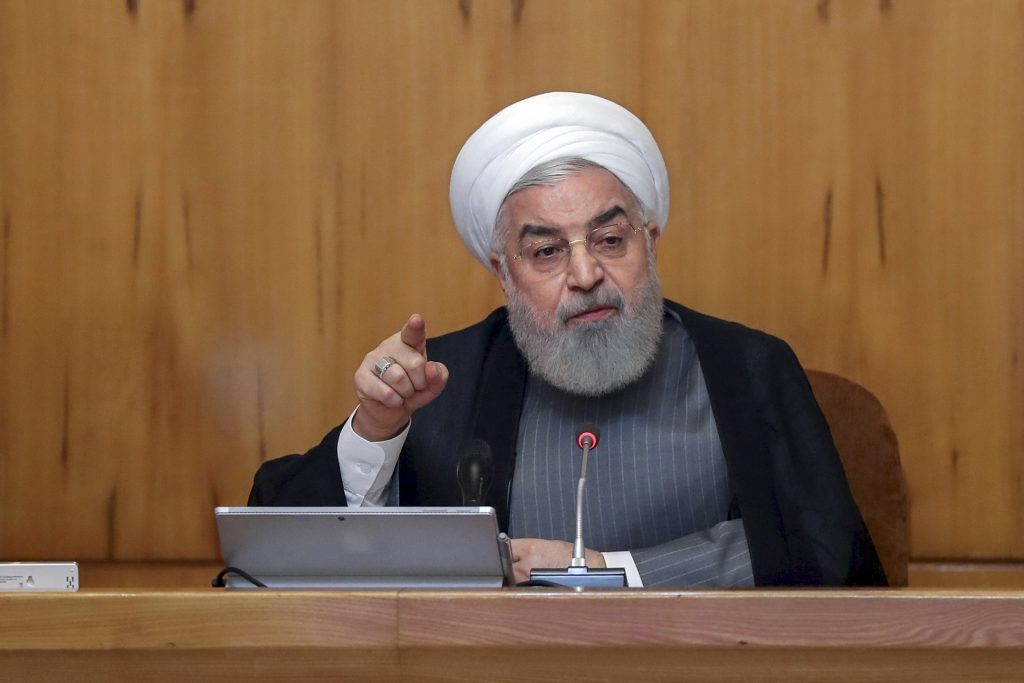 Iranian President Hassan Rouhani said on Monday that new U.S. sanctions, under which Iran’s central bank was blacklisted for a second time, pointed to U.S. “desperation” in the face of Iranian resistance.

The United States on Friday imposed another round of sanctions on Iran, including on its central bank, which was already blacklisted, following the Sept. 14 attacks on Saudi oil facilities that Riyadh and U.S. officials have blamed on Iran.

Tehran denies involvement in the attacks, which was claimed by Yemen’s Houthi movement, an Iran-aligned group fighting a Saudi-led alliance in Yemen’s civil war.

“Americans are sanctioning institutions that have already been blacklisted. This signals America’s complete desperation and shows that its “maximum pressure” has failed … as the great Iranian nation has resisted successfully,” Rouhani said in remarks carried by state television.

U.S. Secretary of State Mike Pompeo said on Sunday the United States aimed to avoid war with Iran and the additional troops ordered to be deployed in the Gulf region were for “deterrence and defense.”

But Rouhani said the situation had become “intense” in the region and blamed it on Washington.

“The region has become intense. … They make propaganda about damage [in Saudi Arabia], which can be repaired in two weeks … because America wants to conquer the region,” Rouhani said.