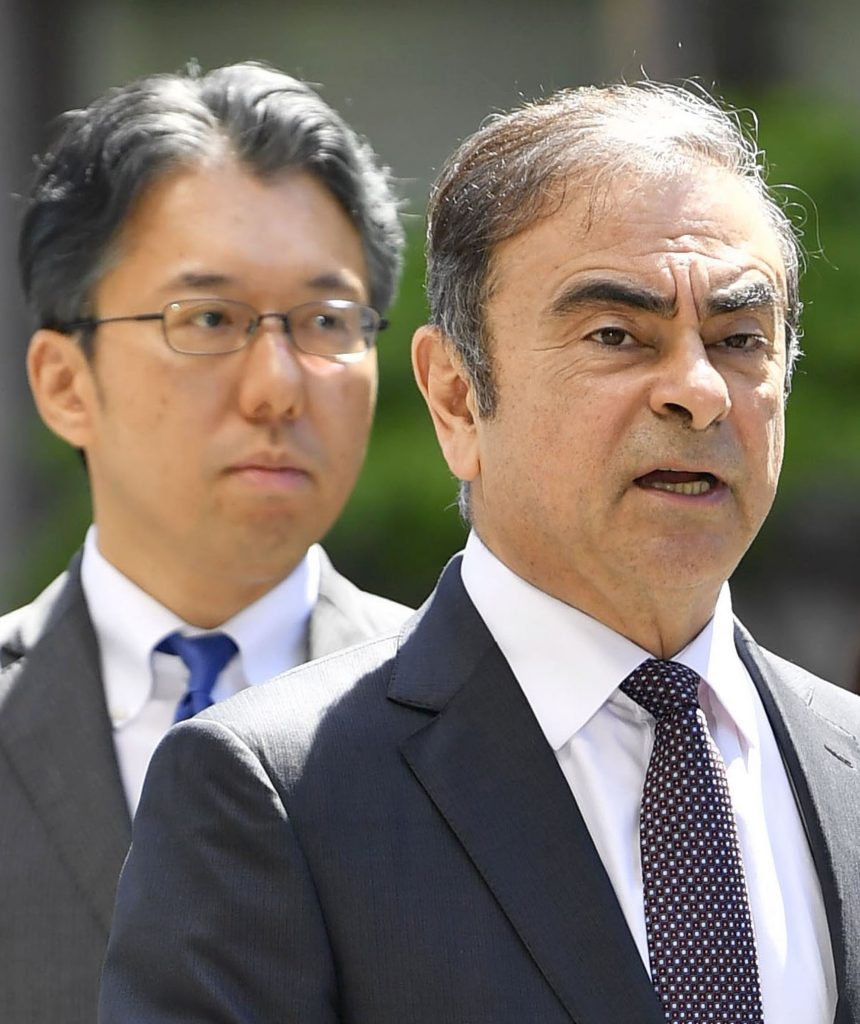 Nissan will pay $15 million and former chairman Carlos Ghosn will pay $1 million to settle allegations by U.S. regulators that they hid more than $140 million of Ghosn’s retirement benefits from investors.

The Securities and Exchange Commission announced Monday the settlement of civil fraud charges with the major Japanese automaker and its former chairman, who also will be barred for 10 years from serving as an officer or director of a public company. Ghosn, 65, is awaiting trial in Japan on financial misconduct charges in a criminal case.

Ghosn, who led Nissan for two decades, was arrested by Japanese authorities in Tokyo and jailed four times since November. He has maintained that he is innocent.

He is currently out on bail but faces restrictions on his activities such as not being allowed to contact his wife, Carole Ghosn. She has appeared before a Japanese judge to answer questions in the case. The first hearing in the trial has been set for April.

Ghosn and Nissan Motor Co. settled the charges without admitting or denying the SEC’s allegations, but agreed to refrain from future anti-fraud violations.

In a statement, Ghosn’s team of lawyers noted that he will be allowed to contest and deny the allegations in the criminal case in Japan, and they said he “fully intends to do so.”

“Mr. Ghosn and his defense team are now able to focus their efforts on continuing to vigorously fight the criminal case in Japan and pursue his claims against Nissan around the world,” the statement said. “They remain confident that, if given a fair trial, he will be acquitted of all charges and fully vindicated.”

In a statement issued in Japan, Nissan noted that it had cooperated with the SEC’s investigation. It said it has taken actions to prevent problems from recurring, including setting up a new governance structure. The automaker said it has amended all its affected financial reports.

An attorney for Kelly wasn’t immediately available for comment.

Starting in 2009, Ghosn, with the help of Kelly and subordinates at Nissan, conducted a scheme to conceal more than $90 million of his compensation from investors and public disclosure, while also acting to increase his retirement benefits by over $50 million, the SEC alleged. Each year, Ghosn fixed a total amount of compensation for himself, with a certain amount paid and disclosed, and an additional amount unpaid and undisclosed, according to the agency.

The regulators said that Ghosn and his subordinates concocted various ways of structuring payment of the undisclosed compensation after his retirement, including entering into secret contracts, backdating letters to grant him interests in Nissan’s long-term incentive plan, and changing the way his pension was calculated to generate over $50 million in additional benefits.

“Simply put, Nissan’s disclosures about Ghosn’s compensation were false,” Steven Peikin, co-director of the SEC’s enforcement division, said in a statement. “Through these disclosures, Nissan advanced Ghosn and Kelly’s deceptions and misled investors, including U.S. investors.”