Israel Job Without a Taker? Both Gantz, PM Try to Avoid Being ‘First’ for Gov’t Formation
Israel 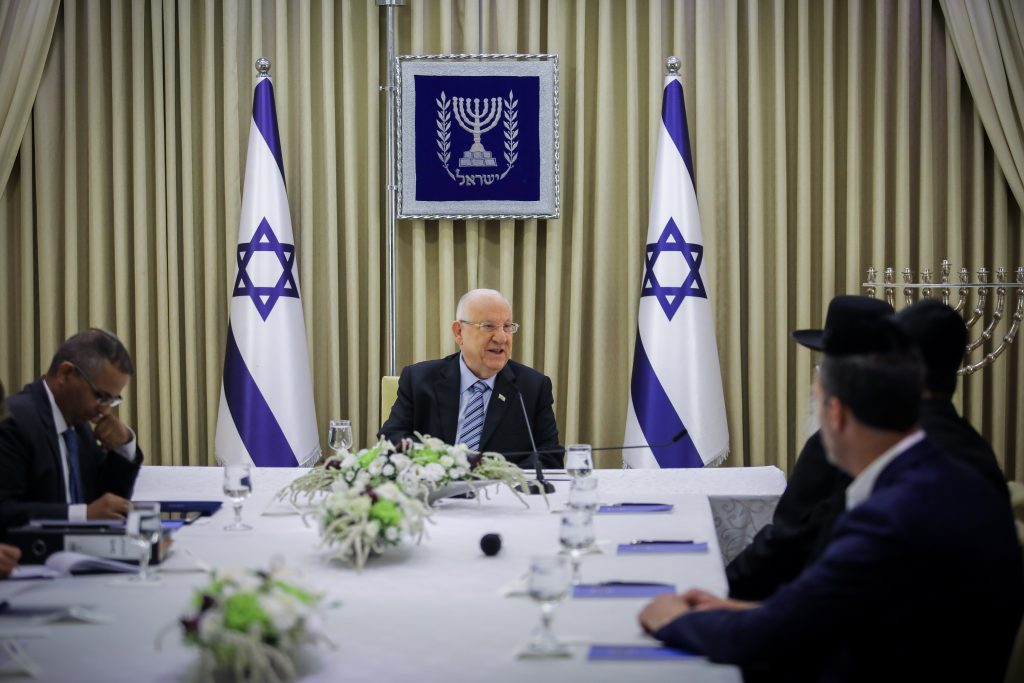 Blue and White may be the biggest party in the Knesset – but its head, Benny Gantz, is not the choice of most Knesset MKs to form a government. But sources in the party said Sunday night that if President Reuven Rivlin would give Binyamin Netanyahu the first opportunity to form a government, they would not be upset. “In this situation, it might be better politically to be the second to try,” a Blue and White source was quoted by Channel 12 as saying.

Indeed, it appears that the two rival parties – Likud and Blue and White – are now locked in a struggle not to be first to try and form a government. Rivlin must choose between Gantz and Netanyahu for that task, but given the math, the likelihood of either succeeding is considered very small – especially since it appears that Avigdor Liberman intends to remain faithful to his pre-election stance that his Yisrael Beytenu party would only join a unity government. Even if Gantz were to bring the United Arab List into his government – considered at this time a remote prospect – he would still not have 61 MKs supporting him to form a government.

Analysts believe that whoever is chosen first to form a government is fated to fail – and the strong desire of Rivlin and many Israelis to avoid a third election will play into the favor of the second candidate, who receives the mandate to form the government if the first candidate fails after the maximum six-week period. The thought is that some parties that have taken definitive stances against joining a government led by Netanyahu or one that includes figure like Yair Lapid will be more amenable to compromise in the second round of government formation.

As a result, a shadow struggle has developed between Netanyahu and Gantz – to not be chosen first for the job of government formation.

On Monday, United Torah Judaism MKs Rabbi Yaakov Litzman and Rabbi Moshe Gafni met with Rivlin and recommended Netanyahu for the task – and accepted a request by the United Arab List to rescind the recommendation it gave Gantz Sunday.

A report earlier said that if Netanyahu had asked them to, the UTJ MKs would have withheld their recommendation, so that Gantz would have more supporters, but that plan apparently fell apart with the report that the UAL had asked to rescind its support.

Rivlin is set to make his recommendation at the end of the week. After Yamina also endorsed Netanyahu, he will have the recommendation of 55 MKs, while Gantz would end the recommendations stage with a total of 44 – the 33 of Blue and White, along with six from Labor and five from the Democratic Camp.