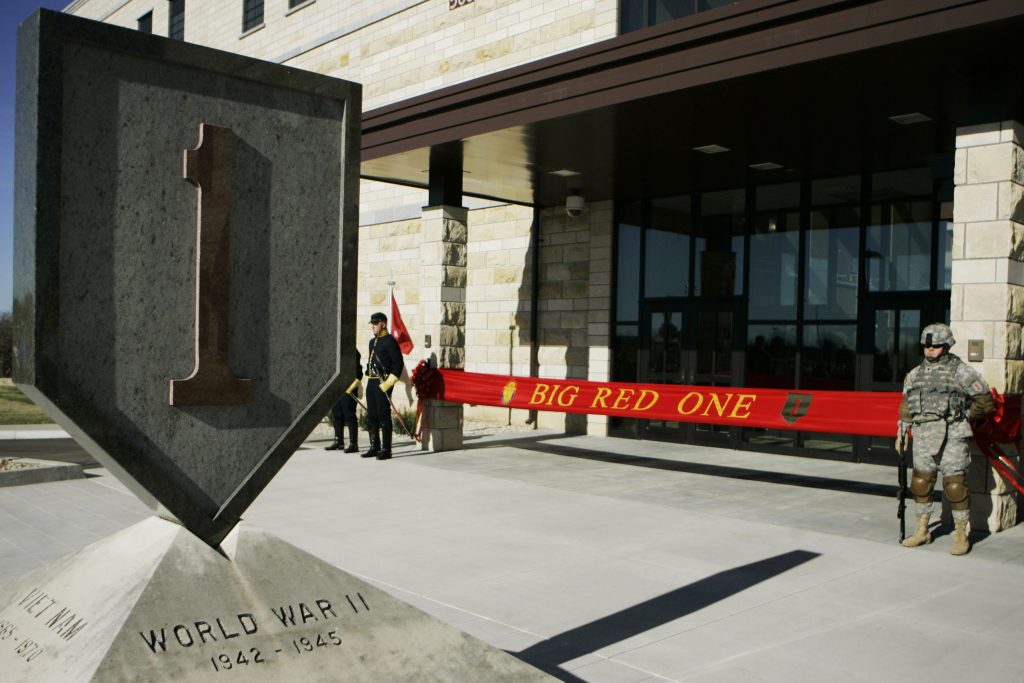 An Army private at Fort Riley, Kansas, has been arrested on charges of providing instructions on how to make bombs to people he met online, including an undercover FBI agent.

Using the acronym for improvised explosive devices, Smith allegedly wrote in December: “Oh yeah, I got knowledge of IEDs for days. We can make cellphone IEDs in the style of the Afghans. I can teach you that.”

Court records did not list an attorney for Smith.

The FBI was alerted to Smith’s statements on social media, and used a confidential informant as well as an undercover agent to engage in online discussions with him. Over time, Smith allegedly offered bombmaking formulas to them both.

Investigators found Smith had talked about joining a far-right Ukrainian paramilitary group in 2016, but ended up joining the U.S. Army a year later.

In his group conversation, Smith wrote last month that he was looking for more “radicals” like himself and talked about possibly killing far-left protesters known as antifa, or possibly destroying cell towers or a local news station, authorities have alleged.

That same month, he also talked about possibly using a vehicle bomb to attack the headquarters of a major news network, according to the criminal complaint, although authorities did not identify the network in court papers.

On Friday, Smith and the undercover FBI agent began talking online about different types of bombs that could be built from everyday materials, the complaint says. It describes some of those bomb recipes as accurate; others were not or were only accurate if the right type of ingredients were acquired.

After receiving a number of recipes, the undercover agent wrote to Smith: “Got a liberal Texas mayor in my sights! Boom with that IED and that dude’s dead.”

Smith allegedly replied: “There ya go.”

The undercover agent asked, “You got anyone down in Texas that would be a good fit for fire, destruction, and death?” Smith, according to the complaint, replied: “Outside of Beto? I don’t know enough people that would be relevant enough to cause a change if they died.”

Democratic presidential candidate Beto O’Rourke, a former congressman from Texas, recently made headlines by saying at a Democratic debate that he would seek to end private ownership of AK-47s and AR-15 rifles, but it’s unclear if his proposed mandatory buyback for those weapons triggered Smith’s ire.

FBI agents arrested Smith on Saturday, and officials say that after his arrest he made several incriminating statements acknowledging he had shared bombmaking recipes with others.

FBI Special Agent Brandon LaMar said in an affidavit that Smith admitted to him “that he knows how to make improvised explosives devices, and that online he routinely provides instruction on building explosive devices.”

Smith allegedly said he did so to cause “chaos,” according to the affidavit. “He told me that if chaos results in the death of people, even through information he provided, it doesn’t affect him,” LaMar wrote in the affidavit.

The charge carries a maximum possible sentence of 20 years in prison.