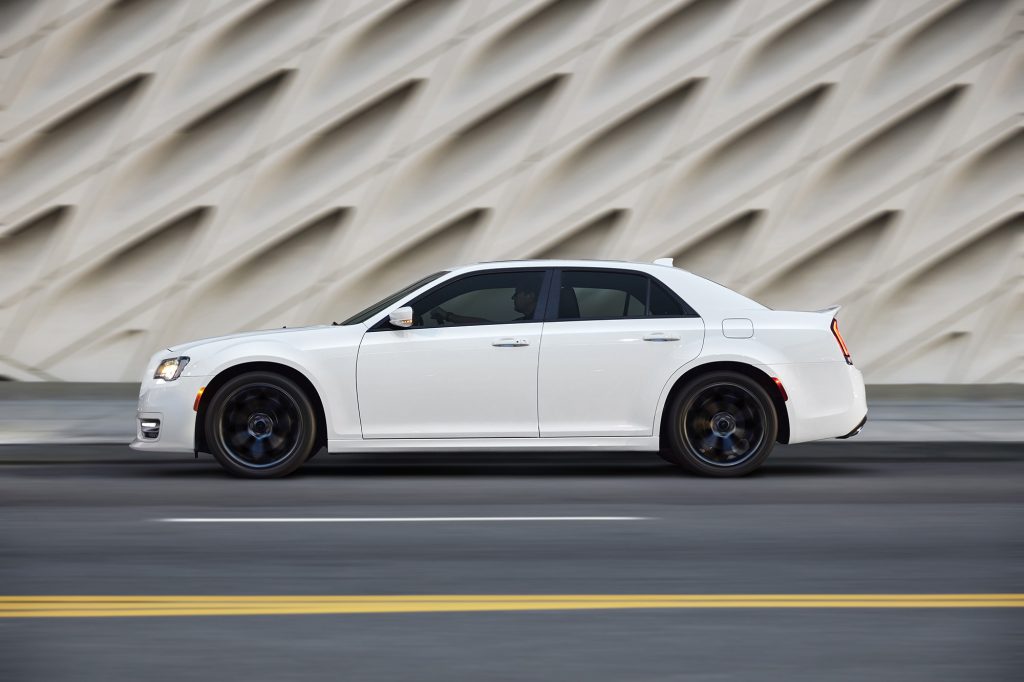 I was excited — well, maybe excited is a little strong — but I at least enthusiastically anticipated the chance to pilot the Chrysler 300, a car that had eluded me for eight years of testing. I’d always liked the styling, how it looked like a little kid’s drawing of a family car.

It feels like a big blow to Chrysler if I start slamming the 300S now. The 300 sedan is half the brand’s lineup. But I’ve been so kind to the other half, the Pacifica, that I won’t sweat it. (They are adding a Voyager to the lineup for 2020, but it’s just a low-end Pacifica.)

On the road: At first, I hated the handling, but later the big-boy feel grew on me a little bit. It feels like a 1994 Pontiac Bonneville; the steering is loose and late, like many rear-wheel-drive cars of yore. Unfortunately, the test model was all-wheel drive.

Pay careful attention to the road — many times I found myself drifting while doing simple stereo or heating adjustments, even though I had eyes on the road the whole time.

Up to speed: As the name implies, the 3.6-liter V-6 in the 300S offers 300 horsepower. But somehow this sedan included at least 75 or so lame horses. The car never really felt speedy, even when pressed. Zero to 60 takes 5.3 seconds, Motor Trend says, if you spring for the 5.7-liter Semi V-8, but I couldn’t find reliable numbers on this version. Reports say mid-sixes.

Shifty: I think the eight-speed transmission takes those available horses and beats the oomph right out. In normal driving, it did lots of hunting, maybe even some gathering.

The 300S test vehicle also suffered from an occasional shudder, which I’d also place on the transmission’s shoulders, as well.

And while the car aims toward a, let’s say, classic buyer age range, the seats might put those very buyers off. The heated and ventilated leather-trim sport seats — part of the $1,995 300S Premium Group 2, which also included park assist, heated second-row seats, and much more — were hard and quite uncomfortable. I always felt perched atop the seat rather than snuggling inside. This is a common complaint I have about FiatChrysler products.

The ginormous hood and low seating position make parking more of an adventure than it should be, so make sure you order this package, no matter what. The park assist is crucial, or there are going to be a lot of fender benders at the Golden Corral before the early bird special.

Friends and stuff: Tall Sturgis Kid 4.0 found the rear seat to be an accommodating place — not just roomy, but comfortable. I thought it was actually a bit short on space behind my own seat, and headroom seemed at a premium. Anyone in the middle will be reduced to tears by a giant hump and a seat perched high above the two corner seats. So, headroom is cramped, and one needs a yogi level of balance.

Play some tunes: The 300S employed the Alpine Audio Group for $995, with its 506-watt system, nine premium Alpine speakers, surround sound, and subwoofer. Sound from the system was delightful.

Operation was simple, as well, with dials for volume and tuning, and an 8.4-inch touchscreen for the rest of the functions, much like found in other Fiat Chrysler products (the touchscreen is part of the $3,495 Premium Group, which also added sunroof, navigation and more).

Keeping warm and cool: A dial controls fan speed, and buttons control temperature and direct the air flow. Use the touchscreen for more in-depth changes.

Night shift: The HID headlamps offer great visibility, and the interior lights don’t interfere with the view of the road.

Conventional wisdom: “It might be outdated, but the Chrysler 300 still has its charms,” according to Motor Trend. In 2018.

Marketer’s pitch: “An icon of ingenuity.”

Reality: A blast from the past.

Fuel economy: I averaged about 22 mpg in the usual Mr. Driver’s Seat round of testing. (So imagine how much the V-8 drinks.) Feed the V-6 whatever.

How it’s built: The 300 gets a 2 out of 5 for reliability from Consumer Reports.

In the end: The 300S sedan has its charms, but this is a lot of money for nostalgia.