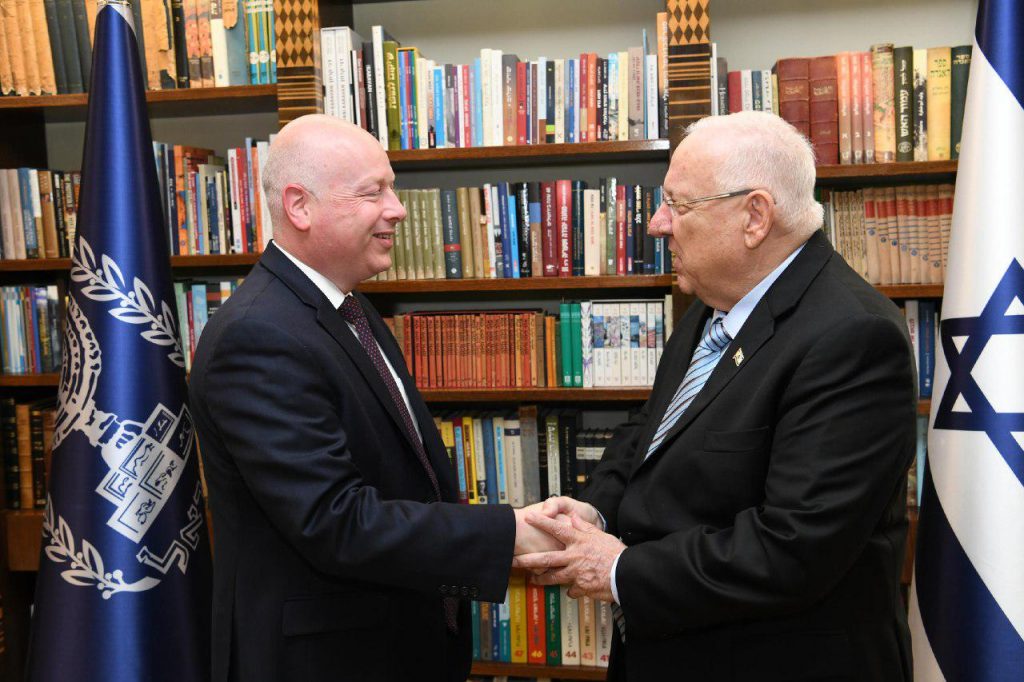 Greenblatt came to bid farewell to the president as he steps down from his post. A statement from Rivlin’s office said that the two discussed Greenblatt’s “efforts to promote understanding and trust in the region,” with Rivlin expressing hope they bear fruit. The president wished Greenblatt much success in the future.

Greenblatt, who is in Israel for the wedding of U.S. Ambassador David Friedman’s daughter, met Friday with Prime Minister Binyamin Netanyahu.

His visit to the country comes after elections last week ended in gridlock, with neither Netanyahu nor Blue and White leader Benny Gantz having a clear path to forming a coalition.

Greenblatt said last week that the Trump administration has not yet decided whether it will release its long-delayed peace plan during, or after, coalition talks.