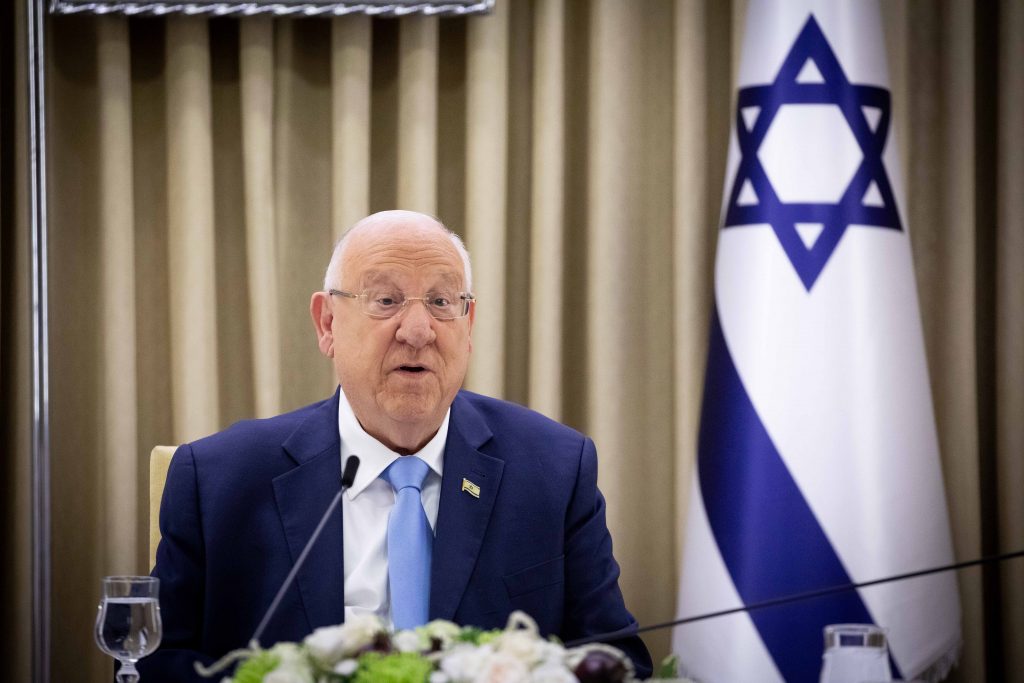 Speaking with reporters hours before a delegation from Yisrael Beytenu meets with President Reuven Rivlin at 8:00 p.m., Liberman said that his party would not give its backing to the leaders of either the Blue and White or the Likud.

Liberman reiterated his call for the Likud and Blue and White parties to form a national unity government, and to exclude the chareidi parties and the rightwing parties in their coalition.

To dispel rumors, Liberman also said that his party would not sit in a government which includes the Arab Joint List party. “The chareidim are a political opponent, not the enemy,” said Liberman. “The Joint List, however, are enemies and wherever they are, we will not be.”

He summarized his stance that “I don’t see us with the Democratic Union, with the messianics, the chareidim or with the Joint List. I don’t see how that’s possible.”

Without the support of Yisrael Beytenu’s eight MKs, no candidate is likely to reach a 61-MK majority.

President Rivlin is meeting with party leaders Sunday and Monday. The first meeting was with the Blue and White party, followed by a Likud delegation. The Arab Joint List will follow, and then Shas and Yisrael Beytenu. The remaining four parties will meet with Rivlin Monday.

Currently, there are 55 MKs who are expected to back Netanyahu for the premiership, including the Likud, Shas, United Torah Judaism, and Yamina.

Benny Gantz is expected to win the backing of 44 MKs from his own Blue and White party, Labor and the Democratic Union.

Should the Joint List recommend Gantz as prime minister, the Blue and White leader will have secured support from 57 MKs – two more than Netanyahu, but still below a 61 MK viable majority.

Meanwhile, Shas and United Torah Judaism have both said that they will back Prime Minister Binyamin Netanyahu as their candidate to form the next government and stick with the minority  “bloc” of right-wing parties.