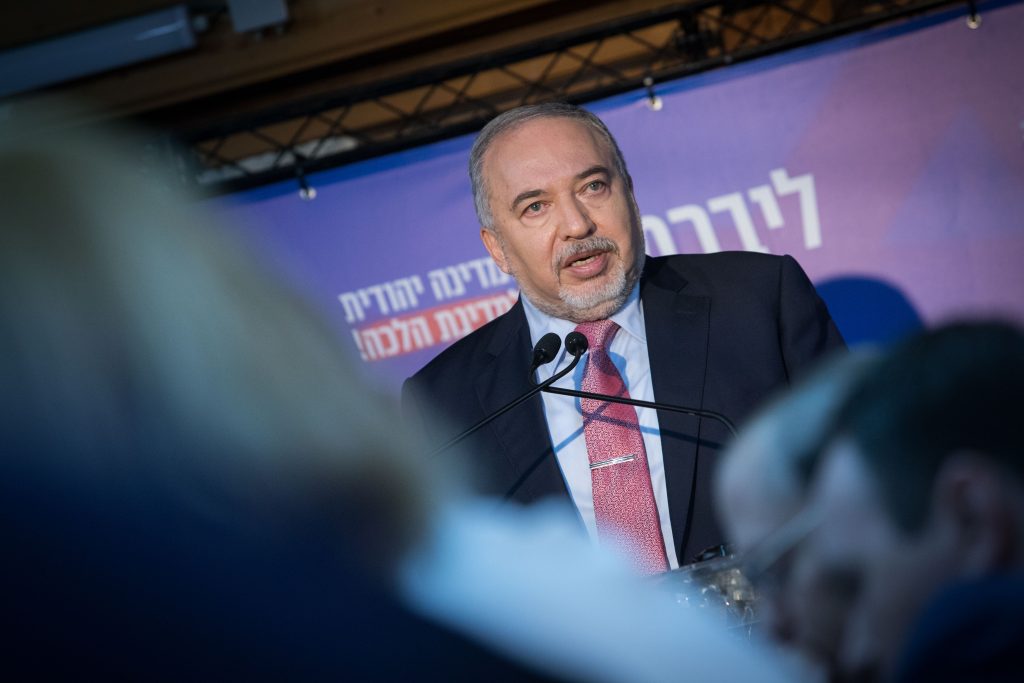 Avigdor Liberman refused to recommend either Binyamin Netanyahu or Benny Gantz for prime minister to President Reuven Rivlin on Sunday.

Afterwards, it was reported that Gantz and Liberman agreed to sit down and have a talk – at Gantz’s invitation, Liberman tweeted – and the talk is supposed to take place on Monday afternoon.

Following the Joint Arab List’s historic decision to recommend Gantz for prime minister, the latter now counts 57 MKs on his side, versus 55 for Netanyahu. The Gantz-Liberman tete-a-tete will presumably be about getting Liberman to pledge his 8 MKs to the cause of a Blue and White-led majority.

It won’t be easy, after Liberman made plain once again on Sunday his antipathy for the Joint List. “The Joint List are our enemies,” said Liberman. “Wherever they are, we will be on the other side.”

Liberman has said he won’t sit with Prime Minister Netanyahu’s chareidi partners, either. And so he continues to call for a unity government without Arab or chareidi parties.

In a flip comment on Sunday, Liberman suggested that Gantz and Netanyahu “flip a coin” to see who gets to be prime minister first in a rotation deal, and saying they should stop their “childish” dispute and forge a national unity government.