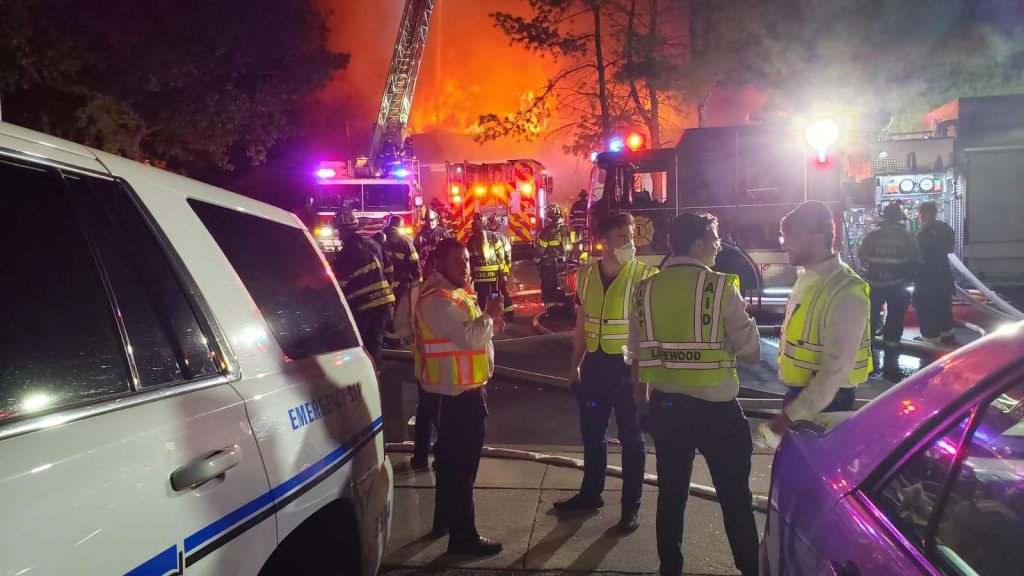 A fire destroyed the headquarters of Greenwald Caterers Sunday evening. There were no injuries, but several neighboring houses on East 8th Street between Princeton Avenue and the railroad tracks were evacuated for the night.

Smoke was first reported at around 8pm and fire personnel came to the scene, yet the blaze grew progressively worse and between 8:30 and 9pm progressively more firetrucks were called to assist. Throughout the evening, residents in central Lakewood could distinctly smell and see remnants of smoke for several miles around.

Electricity was shut off on the block and many residents were ordered to evacuate as a safety precaution.

The fire ultimately burned the entire interior of the building and caused the roof to collapse leaving the facility completely unusable. While the location is the headquarters of the popular caterer it is not the only commissary it uses to prepare food for events.