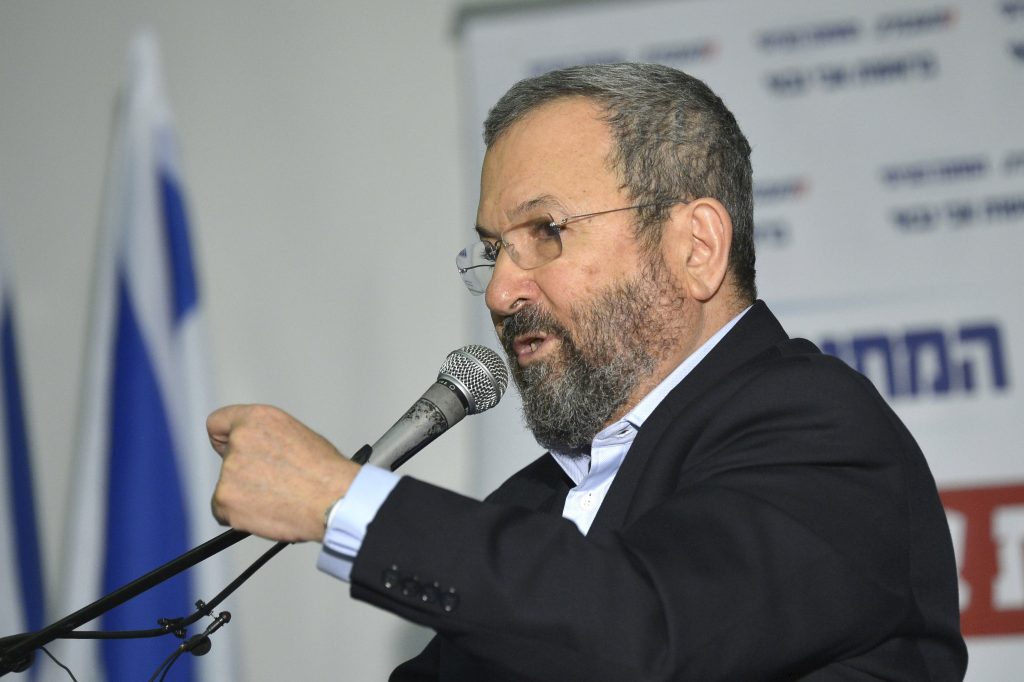 Avigdor Liberman has been called the “kingmaker” of this election, but according to former Prime Minister Ehud Barak, his real aim is to be “king” – as in prime minister, and the actions he has been taking since the election indicate that he is seeking to make himself the best option for forming a government. Speaking to Army Radio, Barak said that Liberman’s “newfound enthusiasm for the center-left is nothing but a passing summer daydream,” and that the Yisrael Beytenu head had his own agenda.

“Before the election Liberman said he would support for prime minister the head of the largest party, but it doesn’t appear that he is willing to commit to that now. He is hemming and hawing on recommending Gantz, so it seems to me he is backing down from his idea of a unity government led by Gantz or even Binyamin Netanyahu,” Barak said. “He wants to see both of them fail to form a government. If that happens, any MK that can garner 61 votes becomes prime minister. The Knesset might decide that this is the least of all the bad options, as it prepares for new elections in 2020.”

Bad idea, Barak said. “We haven’t seen any of his accomplishments as defense minister bear fruit. His embracing of the center-left is not sincere – he is certainly no liberal, just the opposite. The only thing he has to contribute is recommending Gantz to form a narrow government, which will immediately bring an end to the Netanyahu government. Gantz needs to be the head, and Liberman a member of his government.”