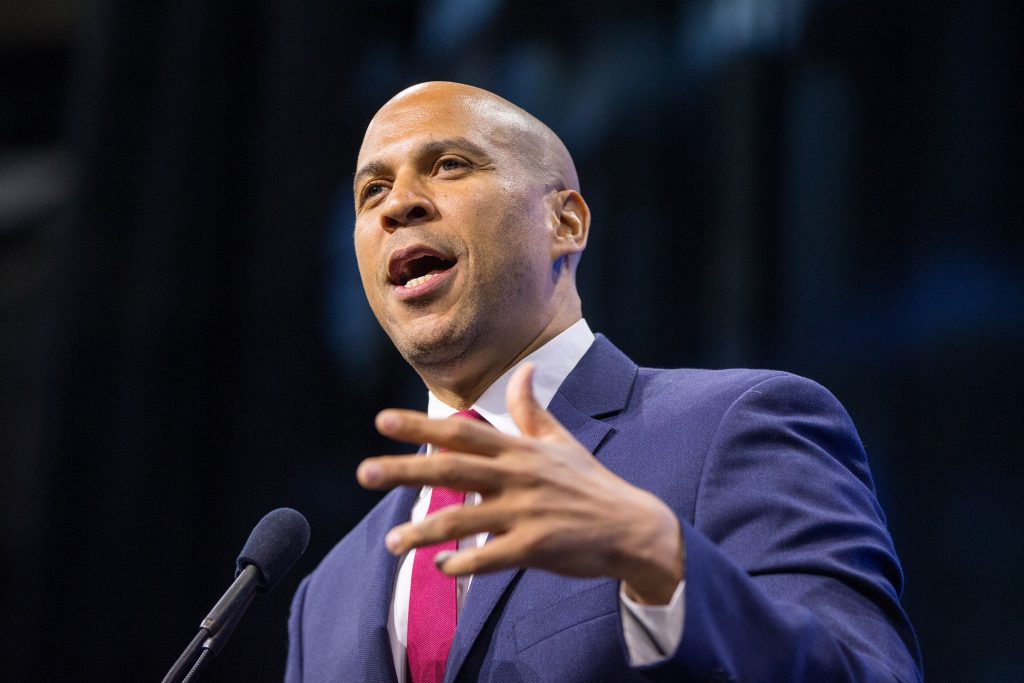 U.S. Sen. Cory Booker is on the verge of leaving the presidential race, unless the New Jersey Democrat can raise an additional $1.7 million by Sept. 30, his campaign told reporters Saturday morning.

Campaign manager Addisu Demissie said that the late push is not a gimmick. Without enough money to build and sustain a campaign able to compete over the long term, he said, “Cory’s not going to continue running and consuming resources that are better focused on beating Donald Trump.”

The plea for donations came as the Democratic National Committee plans to increase the polling and fundraising thresholds to qualify for debates beginning in November. Candidates who miss those contests are starved of attention, and several dropped out after missing the cut-off for the party’s debate earlier this month.

“Without a fundraising surge to close out the quarter, we do not see a legitimate path going forward to win the nomination,” Demissie said in a conference call with reporters, echoing a memo the campaign released early Saturday to supporters and the media.

He said the campaign has focused on building a strong staff in Newark and key early-voting states, but needs more funding to realistically compete for the Democratic nomination. “We are asking clear as day for money, and without money you cannot build and without building you cannot win.”

As the call went on, Booker’s campaign blasted out fundraising appeals by text and email.

Coming just days before the deadline for the next fundraising reports, often interpreted as a proxy for a campaign’s strength, the appeal drew skepticism from some reporters, who questioned whether it was just another appeal for money.

Booker’s campaign for months has argued that he is planning for the long haul and that it was too early to react to polls or consider Booker in any sort of political danger. Saturday, they said he essentially has nine days to keep his campaign alive.

Demissie said Booker has received a positive reception from Democratic voters, but that many people have not donated because they think it’s early or that he has enough resources to remain in the race. He argued that the choices will become far narrower than voters realize unless Booker and others garner more support.

“The final field that is going to be offered to the Democratic Party come February, March, April and beyond is being determined here in September,” Demissie said. “If you think Cory Booker should at the very least be a voice in this race and on this stage, then you should frankly lean in right now.”

Booker’s soaring speeches have been well-received in major campaign events, and he has won praise for his performances in the early presidential debates, but his message of unity has not translated into concrete gains. He has struggled to break beyond 1 or 2% support in national polls or in early states, and his fundraising has lagged behind the top-tier candidates.

He has tried to win over voters with a focus on inspiration and his biography, then a reset to policy, then a confrontation with Joe Biden on race, then with a return to a call for togetherness, all without changing his trajectory. Monmouth University pollster Patrick Murray has referred to Booker as being in voters’ “friend zone,” well-liked.

After one August event in Philadelphia, voters raved about his speech, but questioned if he could win.

One challenge has been standing out in a crowded and diverse field that includes several other people of color, and several other senators also in their 50s.

Booker also has other political considerations. His Senate term is up next year, meaning that eventually he will have to choose which campaign to prioritize. New Jersey law was recently changed to allow him to run for reelection and president at the same time, but it might be difficult to pitch himself as the Democratic nominee while also seeking a fall-back job.