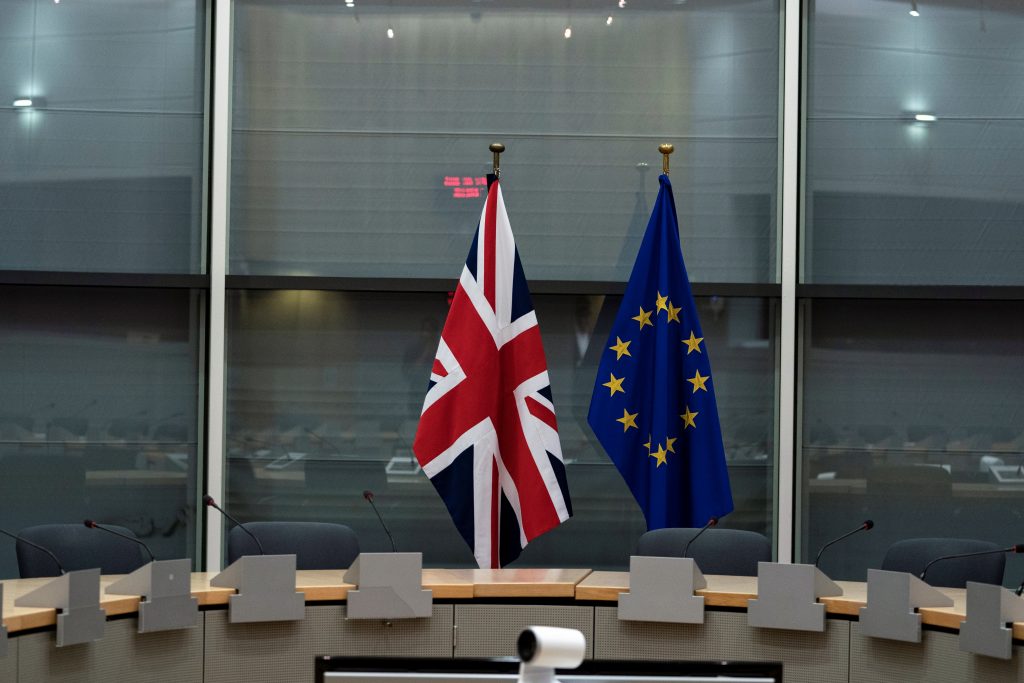 Britain said on Friday a Brexit deal with the European Union could be reached at a summit next month, but EU member Ireland said the sides were far from agreement and London had not yet made serious proposals.

Three years after Britons voted to leave the EU, hopes of a breakthrough over the terms of its departure have been stoked in recent days by British Prime Minister Boris Johnson saying the shape of a deal is emerging and European Commission President Juncker saying agreement is possible.

But diplomats say the two sides are split over London’s desire to remove the Irish border “backstop” from the divorce deal struck by Johnson’s predecessor, Theresa May, and then work out a replacement in coming years.

The backstop is an insurance policy to keep the 300-mile border between Ireland, which will remain in the EU, and the British province of Northern Ireland open after Brexit.

“We both want to see a deal,” British Brexit Secretary Stephen Barclay said after talks in Brussels with EU negotiator Michel Barnier. “The meeting overran, which signals we were getting into the detail.”

“There is still a lot of work to do but there is a common purpose to secure a deal,” Barclay said, adding that Juncker and Johnson also both wanted a deal.

Leaving the EU would be Britain’s biggest shift in trade and foreign policy for more than 40 years and deprive the 28-nation bloc of one of its biggest economies. The EU has set a deadline for a deal to be reached by Oct. 31.

British Parliament has rejected the deal May agreed with the EU. Johnson has said he wants to secure an amended deal at an EU summit on Oct. 17-18 but that Britain will leave the bloc if that is not possible. He will meet European Council Donald Tusk at the United Nations in New York next week.

Ireland is crucial to any Brexit solution. Unless the Irish border backstop is removed or amended, Johnson will not be able to win parliamentary approval, but Ireland and the EU are unwilling to sign a deal without a solution to the border.

The EU fears a hard border could cause unrest in Northern Ireland and undermine the fragile peace provided by a 1998 peace deal that ended three decades of violence between Irish nationalists seeking a united Ireland, and the British security forces and pro-British “unionists.”

The Withdrawal Agreement that was agreed with the EU last November says the United Kingdom will remain in a customs union “unless and until” alternative arrangements are found to avoid the return of border controls in Ireland.

The British government, worried the backstop will trap it in the EU’s orbit for years to come, wants to remove it and find a solution before December 2020, when a planned transition period ends.

One EU official said Britain’s proposals are not enough to replace the backstop.

“As it stands, it is unacceptable,” the official said. “If they don’t really change their approach, we are at an impasse.”

The European Commission said in a memo that Britain’s plans “fall short of satisfying all the objectives” of finding an alternative to the backstop, Sky News reported.

Irish Foreign Minister Simon Coveney said the mood music had improved and that both sides wanted a deal but that they were not close to an agreement.

“There is certainly a lot of commentary now and some of it is spin, I think, in the context of where we are,” he told the BBC. “We need to be honest with people and say that we’re not close to that deal right now.

“Everybody needs a dose of reality here, there is still quite a wide gap between what the British government have been talking about in terms of the solutions that they are proposing, and I think what Ireland and the EU will be able to support.”

Britain said on Thursday it had shared documents with Brussels setting out ideas for a Brexit deal, but an EU diplomat described them as a “smokescreen” that would not prevent a disorderly exit on the Oct. 31 departure date.

“Trade across 300 road crossings that has created a normality and a peace that is settled on the island of Ireland for the last 20 years, that now faces significant disruption,” he said. “That is what we’re fighting for here.”