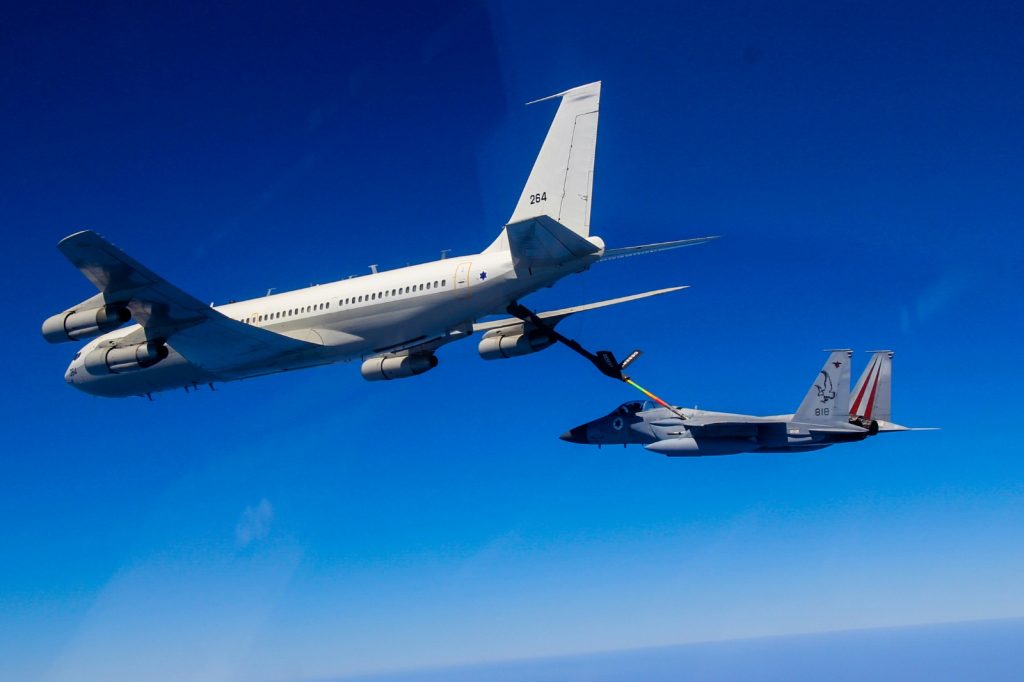 According to the IDF, “the exercise was designed to maintain the competence and readiness of the forces and was an important milestone in strengthening the strategic cooperation and international common interests between Israel and the United Kingdom.”

‘This is the first time we are participating in such an exercise of this magnitude in England, it is a very special and important exercise for the IAF – first of all in the historical dimension, the Israeli Air Force was actually formed out of the British Air Force, so there is a special opportunity to close a circle,” said Commanding Officer of the IAF Air Division, Brig. Gen. Amnon Ein Dar.

“The exercise is also significant in the training it allows us,” said Dar. “We participated in an exercise flying alongside the British, German and Italian air forces with a very high level of performance, which gave us the opportunity to send our people for the highest quality training. We learned many lessons here that we will take home and implement in our combat doctrine. This exercise is part of a successful year for the cooperation between the IAF and RAF, which is growing closer. In the past year we held three very significant exercises together and are now participating in a large, professional and advanced exercise led by the RAF,” he added.