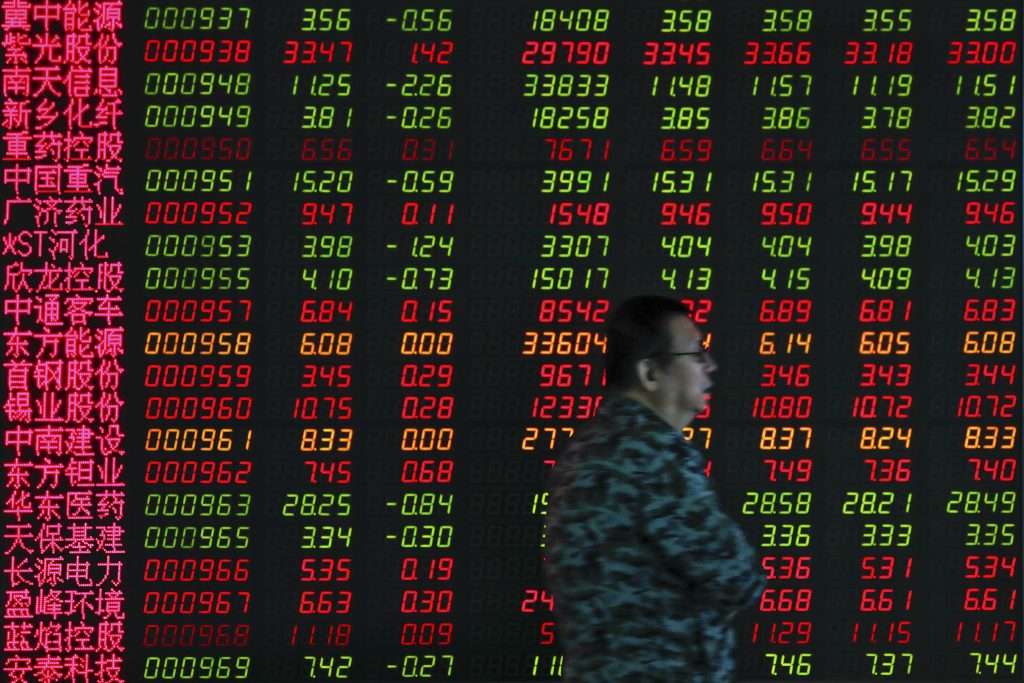 The Sensex in Mumbai advanced to 38,033.28, its highest level since July, after the Finance Ministry announced a slew of tax concessions that brought the effective corporate tax rate to just over 25% from 30%.

The move comes as worries over the economy are mounting amid slowing global and regional growth.

Elsewhere in Asia, shares rose in Taiwan and Singapore but fell in Jakarta and Bangkok.

U.S. and Chinese officials were meeting in Washington to prepare for negotiations next month in the trade war that has cast a shadow on growth.

But expectations have remained modest, with both sides indicating there is little room for maneuvering on the key sticking points over Beijing’s industrial and technology policies.

“To some extent the latest updates on U.S.-China officials having met face-to-face in Washington tilts the sentiment back to the positive, one to aid Asia markets, but it once again highlights the fragility of the market sentiment on this biggest risk that persists,” Jingyi Pan of IG said in a commentary.

Major U.S. stock indexes ended mixed Thursday after an early rally fizzled toward the end of the day.

On Wednesday, the Fed reduced its benchmark interest rate for the second time this year, seeking to prevent the economy from stalling in the face of slowing economic growth overseas and uncertainty over the U.S.-China trade war.

Bond prices were little changed. The yield on the 10-year Treasury held at 1.77%.

Investors have been trying to gauge how the economy will fare amid a slowdown in economies overseas and uncertainty over the trade war.

“A lack of escalation or potential de-escalation would be something that would be viewed positively by the markets,” said Bill Northey, senior investment director at U.S. Bank Wealth Management.