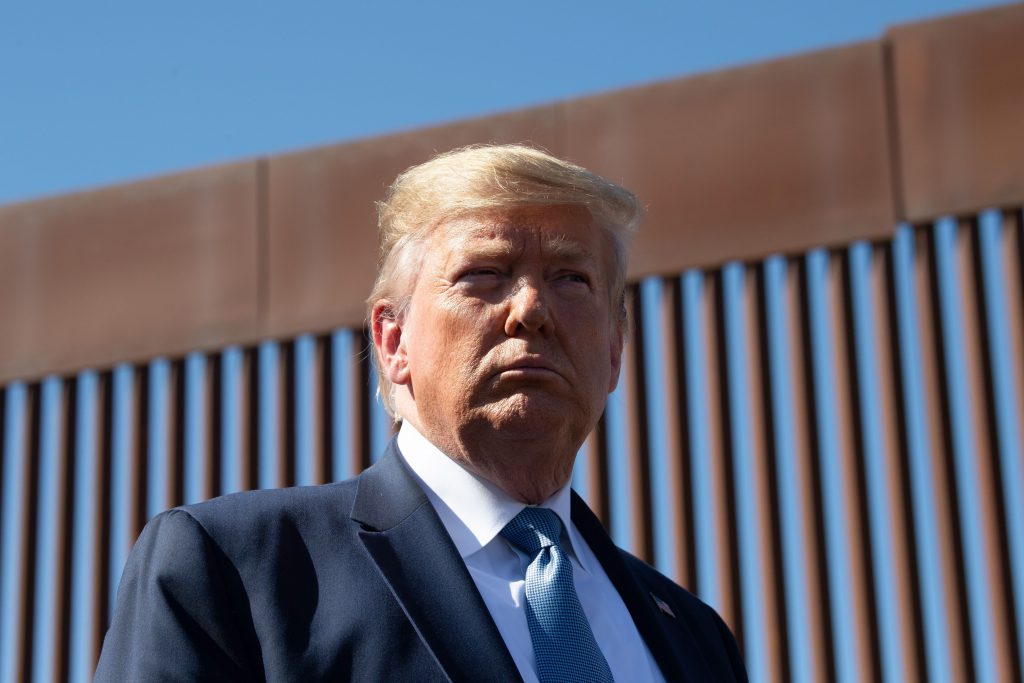 President Donald Trump asked a federal court Thursday to block an effort by New York prosecutors to obtain his tax returns as part of a criminal investigation, opening another front in the president’s efforts to keep his financial information private.

Trump’s attorneys filed a lawsuit against Manhattan District Attorney Cyrus R. Vance Jr., who recently subpoenaed the president’s accounting firm for eight years of his state and federal returns as part of an investigation into payments made to people who may have had damaging information on Trump when he was a presidential candidate.

They called the subpoena a “bad faith effort to harass” Trump and said Vance, a Democrat, had overstepped his constitutional authority.

“Virtually ‘all legal commenters agree’ that a sitting President of the United States is not ‘subject to the criminal process’ while he is in office,” Trump’s lawyers wrote. “Yet a county prosecutor in New York, for what appears to be the first time in our nation’s history, is attempting to do just that.”

Trump lawyer Jay Sekulow said the lawsuit is intended “to address the significant constitutional issues at stake in this case.”

A spokesman for Vance said his office had received the lawsuit “and will respond as appropriate in court.” Trump’s accounting firm, Mazars USA, declined to comment.

The lawsuit marks Trump’s latest attempt to prevent his tax returns from being seen by Democratic investigators and comes as his campaign is fighting a new law in California requiring presidential candidates to release five years of tax returns as a condition for appearing on the state’s March 2020 primary ballot.

Trump’s campaign and the Republican National Committee have sued, and a hearing is set Thursday in federal court in Sacramento.

Meanwhile, Democratic-led congressional committees are also trying to obtain Trump’s tax returns and other records that could provide a window into his finances. Trump and three of his children filed a lawsuit in April seeking to block two House committees from getting records that his longtime lender, Deutsche Bank, has said include tax returns.

And in July, the president sued to block a new New York law that could allow a House committee to obtain his state tax returns.

Unlike those efforts, Vance’s investigation is conducting a criminal probe. His subpoenas were issued by a grand jury.

The grand jury also subpoenaed the Trump Organization for records related to the hush-money payments made during the 2016 presidential campaign.

In a letter to Manhattan prosecutors made public as part of Thursday’s lawsuit, Trump’s lawyers, Marc Mukasey, William Consavoy and Alan Futerfas, wrote that the Trump Organization had already willingly provided “hundreds of documents” to Vance’s team of investigators.