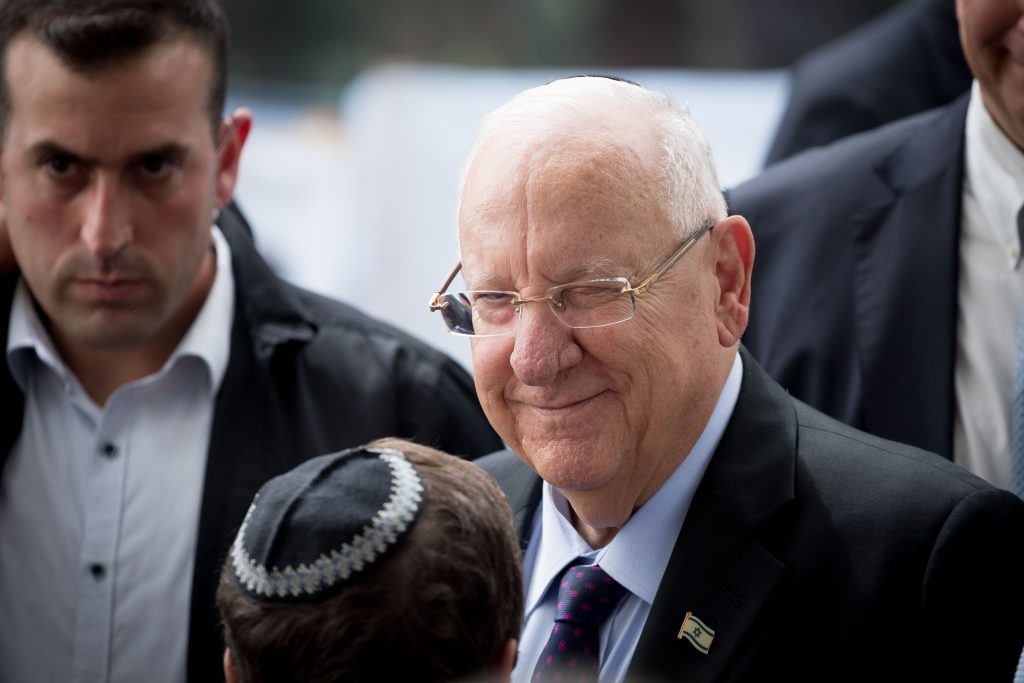 President Reuven Rivlin announced Thursday that he will begin consultations Sunday with all of the parties elected to the Knesset.

Rivlin’s announcement is the first step toward what officials hope will be the formation of a new government after elections this week.

Under Israeli law, the president meets with leaders of each party, who recommend to him who they think should be prime minister.

Rivlin then chooses the politician he thinks has the best chance of forming a stable coalition. The prime minister-designate gets six weeks to form a government.

As things stand, Rivlin faces a difficult task. Neither of the two largest parties, Prime Minister Binyamin Netanyahu’s Likud and Benny Gantz’s Blue and White, have a clear path to a majority.

The consultations are expected to last two days.

“I hear, loud and clear, the voices calling for a broad and stable national unity government,” he said.

“And I congratulate you, Mr. Prime Minister, on joining that call this morning.”

Meanwhile, the right-wing bloc – consisting of the Likud, Shas, United Torah Judaism and Yamina – have announced their representatives for the coalition negotiations. The Likud will be represented by MKs Yariv Levin and Ze’ev Elkin; former MK Ariel Attias will represent Shas; Moti Babchik on behalf of Agudas Yisroel; Moshe Shiffman on behalf of Degel HaTorah; Tal Gan-Zvi will represent the New Right party and Yehudah Eliyahu will represent Jewish Home.