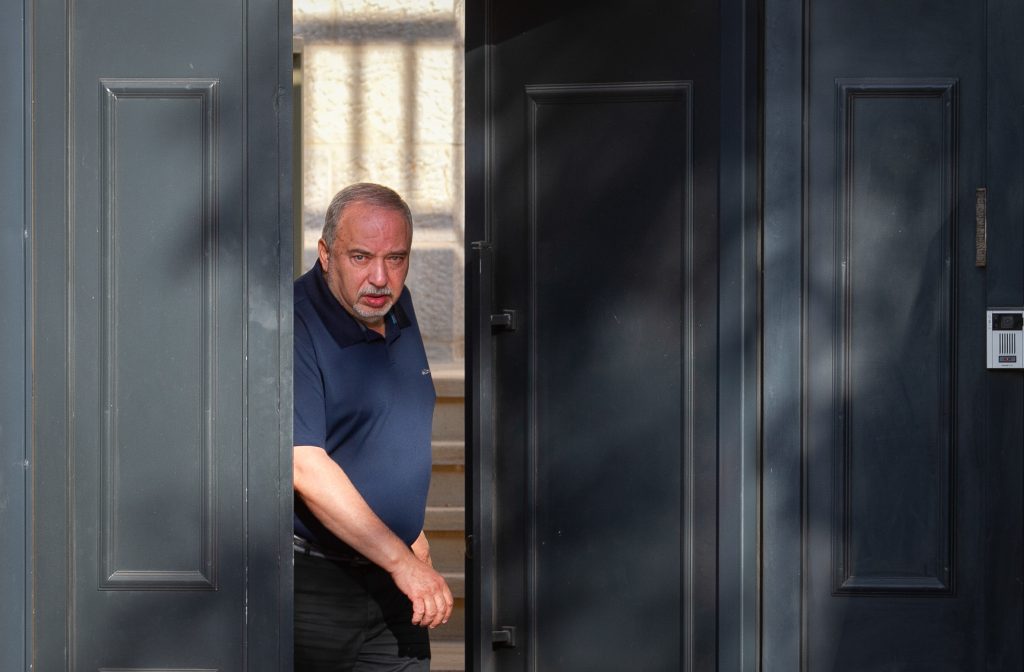 Yisrael Beytenu party leader Avigdor Liberman said he intends to recommend Blue and White chief,  Benny Gantz, as the next prime minister, according to a report on Israel’s Channel 12.

The report did not cite any sources. If true, it would bring Gantz significantly closer to being able to form a government with Likud, providing he can work out a deal for support from outside the government from the Joint Arab List.

Liberman blasted PM Netanyahu in an online post on Thursday, accusing him of seeking to “deceive” the public with false overtures to Gantz for a unity government.

“As the election results begin to clarify, Netanyahu is working full time on his new spin that will lead Israel to another round of elections in hope of getting a 61 majority for his dream government,” Liberman said.

“Netanyahu, who refuses to accept the public’s decision and admit his own defeat, is grasping at straws trying to create the impression that Likud supposedly won the election and called for a unity government and Gantz and Liberman thwarted that. In reality, he is continuing his attempts to persuade MKs from other parties to join him and the ‘halachic bloc’ he formed.

“I again urge the prime minister to stop the political games, tricks and stunts. Let’s sit down — you, me and Benny Gantz — and form a broad national unity government for Israel’s future.”

Liberman and Gantz have both said they will not sit in a government with chareidi parties; and Gantz has promised he won’t be part of a government with Netanyahu while the prime minister is under threat of multiple indictments. Thus, the newly formed negotiating bloc of Likud-Yemina-Shas-United Torah Judaism precludes a unity government, as far as they are concerned.

Chareidi leaders, for their part, have ruled out joining a coalition with Blue and White as long as Yair Lapid remains a senior member.

Gantz responded dismissively to Netanyahu’s invitation to meet with him to discuss a unity government at “any time.”

At a faction meeting Thursday afternoon, he answered Netanyahu: “I intend to form a broad unity government headed by me, which would reflect the people’s choice and our basic promises to the public and our priorities. We won’t succumb to any imposition. To form a unity government, one doesn’t come with political blocs and spin, but with seriousness and responsibility.”

Netanyahu said he was “surprised and disappointed” by Gantz’s “refusal as of now to accept my offer to meet. The president called for unity, and without a meeting between the leaders of the two biggest parties, a unity government cannot be formed.”

“The people have chosen the right, but not enough to form a government,” Shaked declared, according to Arutz Sheva.

“It is clear that we’ll have to form a unity government. I call on Benny Gantz to put the boycotts aside and meet with Netanyahu.”