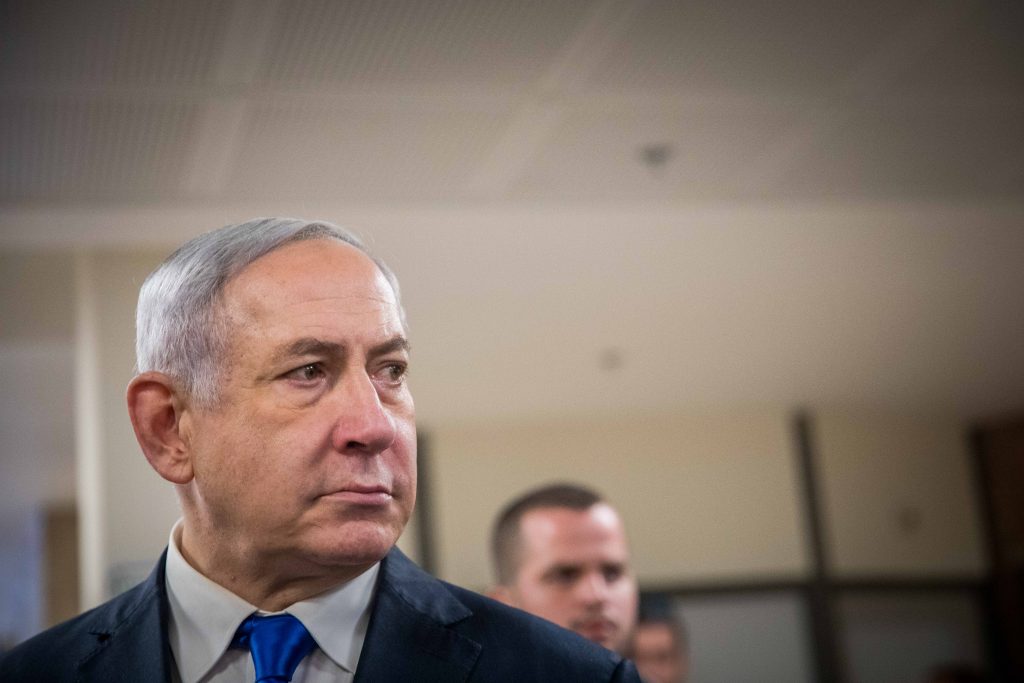 Prime Minister Binyamin Netanyahu’s office has denied a report that he is seeking a plea bargain with state prosecutors in the corruption cases against him, The Times of Israel reported on Thursday.

Netanyahu spokesman Yonatan Urich rejected the story as “baseless,” and reaffirmed that the prime minister’s lawyers plan to attend a pre-indictment hearing as planned in two weeks with Attorney General Avichai Mandelblit, where they will present “crushing arguments” for his innocence.

The hearing with Mandelblit is set for October 2, also the final date by which President Reuven Rivlin must task one party leaders with forming a government.

Had Netanyahu won a clear majority toward a coalition, he was widely expected to seek immunity from prosecution by passage of legislation.

The hearing was originally scheduled for June; in May Mandelblit agreed to give Netanyahu’s lawyers three months additional time for preparation.

They had requested a full-year delay, citing the scope of the documents, which they said was too large to review in the allotted time. Mandelblit refused that request.

Earlier in the week, attorney Uri Korb, who was a prosecutor for the state in the case against former prime minister Ehud Olmert, confirmed that Netanyahu had requested that he represent him at the upcoming hearing with Mandelblit.

“I was asked for assistance. At this stage, I’m not going to be providing any help,” Korb told Channel 12.

The prime minister has denied any wrongdoing throughout the investigations in all three cases.