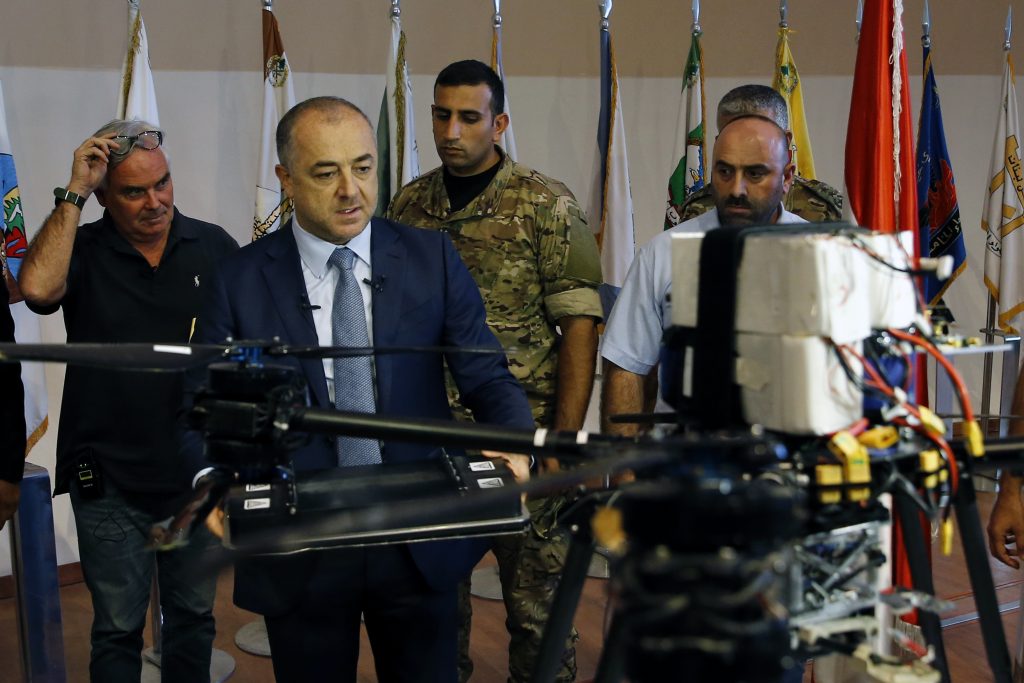 A Lebanese government investigation concluded that two Israeli drones were on an attack mission when they crashed in the capital last month, one of them armed with 4.5 kilograms (10 pounds) of explosives, Lebanon’s defense minister said Thursday.

Elias Bou Saab said investigations show the drones came from over the Mediterranean Sea on Aug. 25, with one drone crashing on the roof of the terror group Hezbollah’s media office in southern Beirut, while the other exploded and crashed into a nearby plot of land 42 minutes later.

Speaking at a press conference in Beirut to present the findings of the investigation, Bou Saab said it was “the most dangerous act of aggression by Israel” since the month-long war between Israel and Hezbollah in 2006.

“It is clear that Israel wanted to change the rules of engagement with Lebanon. It was the first time we see drones carrying explosives fly over the airport, endangering civil aviation and commercial flights and explode in the streets of Lebanon,” he said.

Bou Saab described a sophisticated military mission involving three other unmanned aerial vehicles. He said it was unclear what the attack’s target was, but it was clear they were not on an intelligence mission.

Journalists were shown the drone that crashed, which was described as a “custom-made military drone.”

The attack raised the potential for conflict amid heightened regional tensions. Israel has not confirmed its involvement, but Israel’s prime minister has accused Iran and its Lebanese proxy Hezbollah of racing to build a precision missile-production program in Lebanon and vowed to destroy the project.

Israeli media have reported that Israeli drones targeted a Beirut facility housing a “planetary mixer,” a large industrial machine that is critical to making missiles. Hezbollah denies it produces missiles in Lebanon.