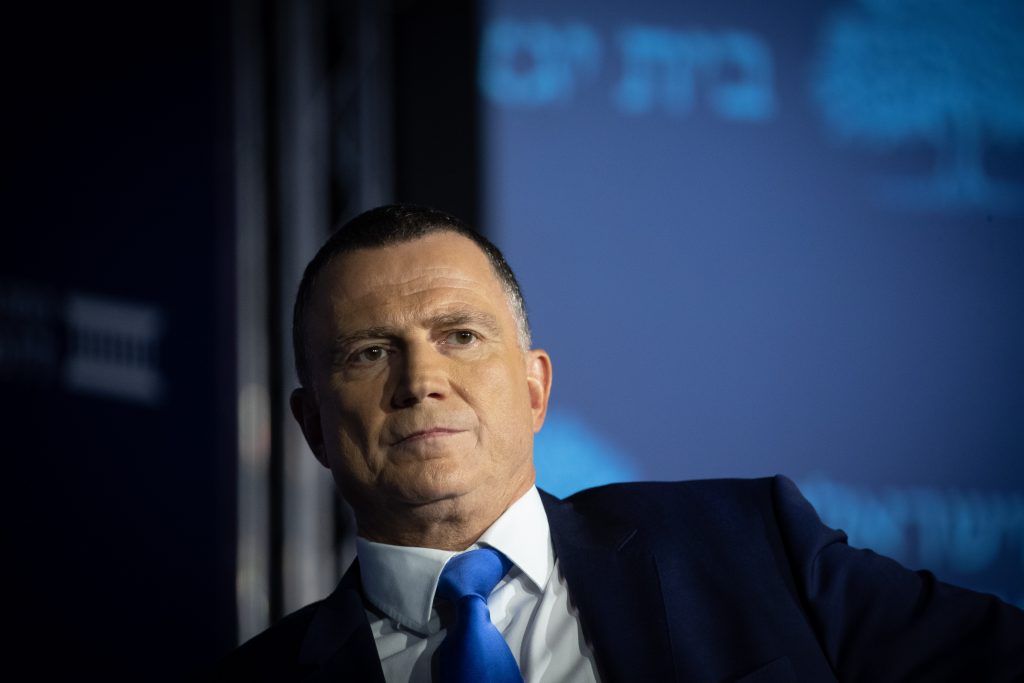 ‏‏The Blue and White is reportedly maneuvering to remove a possible obstacle on its path to power: Knesset Speaker Yuli Edelstein.

They fear that Edelstein, the Likud’s No. 2, will collaborate with Prime Minister Binyamin Netanyahu to disperse the Knesset for yet another election round if no way is found to assemble a unity government.

Globes reported on Thursday that since the process of establishing a new government could be prolonged, Blue and White thinks it would be prudent to move for replacing the Knesset speaker at an early stage to foreclose any attempt to dissolve the Knesset again.

Meanwhile, Likud MK Sharon Haskell lashed at Blue & White Chairman Benny Gantz, over the possibility of making a deal with the Joint Arab List for their support of his government, though without taking ministerial posts.

“Good luck to Gantz with his recommendations for prime minister. Three former chiefs will be advised to lead the State of Israel by those who demand to bring them to the International Court of Justice (!)”