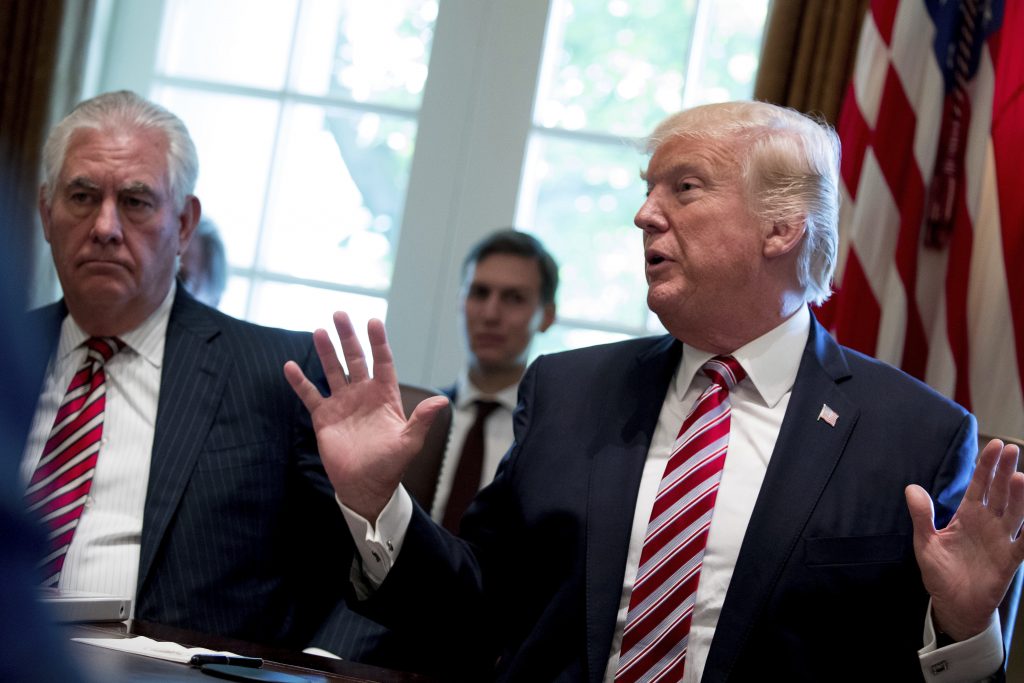 Tillerson described Netanyahu as “an extraordinarily skilled” politician and diplomat, albeit “a bit Machiavellian,” the Harvard Gazette quoted him as saying during a panel discussion at the university.

“In dealing with Bibi, it’s always useful to carry a healthy amount of skepticism in your discussions with him,” Tillerson said, and claimed that he would share “misinformation” to convince Trump to go along with his policies.

“They did that with the president on a couple of occasions, to persuade him that ‘We’re the good guys, they’re the bad guys.’ We later exposed it to the president so he understood, ‘You’ve been played,’” said Tillerson. “It bothers me that an ally that’s that close and important to us would do that to us.”

Later on Thursday, the Prime Minister’s office responded in a tweet: “Secretary, Israel is the good guy.”

Tillerson, a former ExxonMobil executive, was the administration’s first secretary of state, who has kept a low profile since leaving office after he and the president failed to get along personally or politically.

In response to Tillerson’s denigrating comments about Trump’s abilities, the president twice belittled Tillerson as “dumb as a rock.”