World Spaniards Fed Up With Yet Another National Election
World 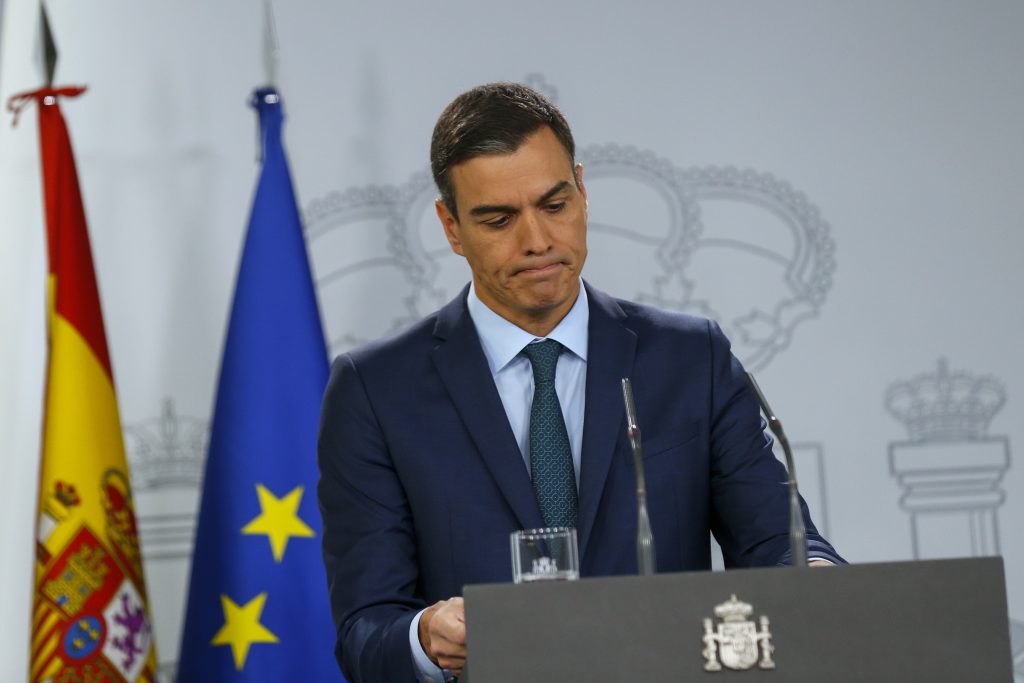 Spaniards were frustrated and angry on Wednesday after being called to the polls for a fourth time in four years and some said they would stay away from the ballot box, making it harder to predict how the political deadlock could be broken.

Spain has been in political limbo since the Socialists emerged as the biggest party in a parliamentary election in April but without enough seats to govern on their own.

Rival parties in the fragmented parliament have failed to support efforts by acting Socialist premier Pedro Sanchez to form a government and on Tuesday night he called a new election for Nov. 10.

Political analysts have said voters are so weary of being called to the ballot box that turnout might be lower than usual.

“For the first time, I think I won’t vote and it pains me a lot,” said 47-year-old Ruben, an events manager.

“They do not represent me, these politicians…they should be listening and seeking solutions, not imposing them.”

Seeking to mobilize supporters, political leaders have quickly blamed each other for the new vote. GAD3 pollsters last week published a survey estimating a 70% turnout, nearly six percentage points lower than in the April ballot.

Opinion polls show the Socialists may win more seats in the new election but will still be unable to secure a majority.

Some politicians have called for constitutional reform to break the stalemate in parliament. Acting deputy prime minister Carmen Calvo told Cadena Ser late on Tuesday that it would be “reasonable” to adapt electoral rules to the new political landscape.

Even those who plan to vote are frustrated.

“I will vote, but I’m sick and tired of the situation, caused by inflexibility of all the politicians,” said Luis Delgado, a 40-year-old lawyer on his way to work in central Madrid. “Let them try standing up for Spain’s interests instead of their own.”

The left-leaning El Pais newspaper highlighted the risk of high abstention in an editorial entitled “Ultimate Irresponsibility” on Wednesday.

“Our leaders have seriously failed this society,” it said in a separate opinion piece.

Spain is the fourth largest economy in the European Union’s euro currency zone. Although the economic impact of the political impasse has been limited, growth is slowing and financial analysts say further delays in implementing reforms in areas such as labor and pensions could start to bite.

“The fact that there will be a new election is a general failure that impacts jobs and investment,” Antonio Garamendi, chairman of company lobby group CEOE told Onda Cero radio.

The bluechip IBEX stock index was little changed on Wednesday at around two-week lows, but still higher than where it started this month and the year. The benchmark 10-year bond yield slipped from Tuesday’s levels of just over 0.3% to trade at 0.26%.

Party leaders have blamed one another for the impasse and a flurry of last-minute calls and initiatives on Monday and Tuesday failed to achieve a breakthrough in putting together a government.

“I don’t like what’s happening…because what is going to be spent on another election should be for hospitals, for schools,” said 60-year old housewife Mariana Ruyo.

“They’re clearly only concerned about their seats and their salaries.”

Some politicians acknowledged on Wednesday that voters had run out of patience.

“I think people are up to here with all of us. They are fed up,” Catalan lawmaker Gabriel Rufian told parliament.

Spain has been struggling to put governments together since several new parties, including Podemos, Ciudadanos and the far-right Vox, appeared on the political scene five years ago. For decades, politics had been dominated by the conservative People’s Party and the center-left Socialists.