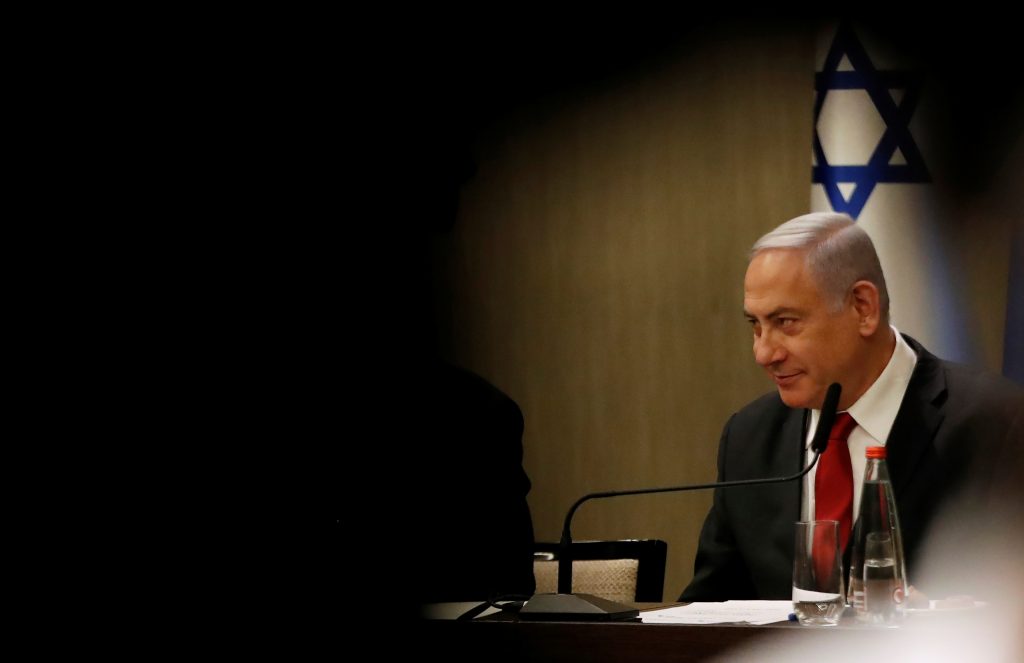 Israeli Prime Minister Binyamin Netanyahu took out time from domestic affairs on Wednesday to welcome news of another round of sanctions on Iran announced in Washington.

“Iran’s aggression has increased of late, including in the Gulf and this is precisely the time to increase pressure and sanctions. I am pleased President Trump has done exactly this,” Netanyahu said in a video statement.

In Washington, President Trump also had occasion to mention Netanyahu. Asked by a reporter during a routine skirmish on the White House lawn if he’d spoken to Netanyahu since the election, Trump replied: “I have not. Those results are coming in and it’s very close. Everybody knew it’s going to be very close. I said, we’ll see what happens.”

Then, evidently by way of avoiding taking sides, he added: “Look, our relationship is with Israel. We’ll see what happens.”

Meanwhile, the Palestinians in a diplomatic moment said they would deal with whoever emerges as prime minister of Israel.

Palestinian Authority Foreign Minister Riyad al-Maliki told reporters in Oslo, “Whoever will be able to form a government, we are ready to sit with him or her in order to restart the negotiations,” according to AFP.