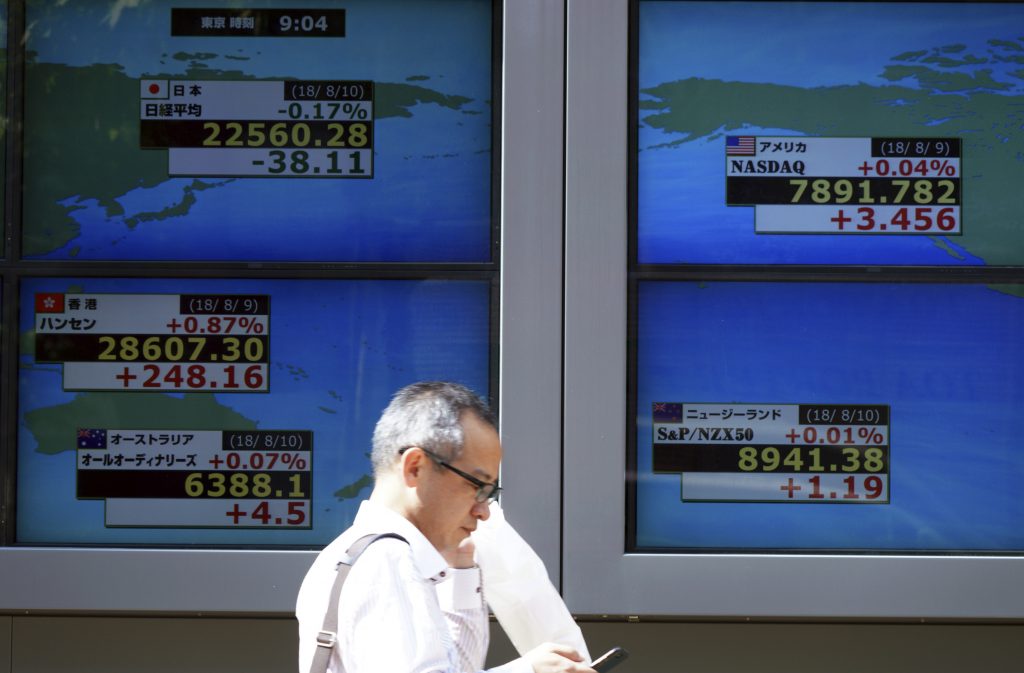 European stocks were subdued, with luxury stocks one of the few sectors seeing activity. Swiss luxury goods group Richemont fell nearly 5%, weighing the most on the pan-European STOXX 600 index, while Swatch declined 2.4% after a bearish note by UBS.

U.S. West Texas Intermediate (WTI) crude CLc1 lost 0.5% to $59.04 per barrel, paring back around half of its gains after Saturday’s attack.

Saudi Energy Minister Prince Abdulaziz bin Salman on Tuesday sought to reassure markets, saying the kingdom would restore its lost oil production by month-end, having recovered supplies to customers to the levels they were prior to the weekend’s attacks.

“I would think a spike in oil prices will likely prove to be short-term given that the global economy isn’t doing too well,” said Akira Takei, bond fund manager at Asset Management One. Still, heightened geopolitical tensions underpinned oil as well as some safe-haven assets such as U.S. bonds.

A U.S. official said on Tuesday the United States believes the attacks originated in southwestern Iran, an assessment that could heighten the rivalry between Tehran and Riyadh. Iran has denied involvement in the strikes.

Adding to uncertainties in the Middle East were exit polls from Israel‘s election, which showed the race too close to call, suggesting Prime Minister Binyamin Netanyahu’s fight for political survival could drag on.

While a 25-basis point rate cut is seen as near-certain, investors look to the statement and economic projections from Fed policymakers, given signs of deep disagreements among them.

“For the Fed meeting, people are not betting on a big positive surprise.”

The ongoing U.S.-China trade war has raised policymakers’ concerns about slowing factory output, although resilient domestic consumption has given hawks some reasons to worry about cutting rates too hastily.

Possibly further complicating their discussions, short-term U.S. interest rates shot up this week, with overnight repo rates rising to 7%, due largely to seasonal factors such as huge payments for taxes and bond supply.

That prompted the New York Fed to conduct its first repo operation in more than a decade to inject funds to stressed money markets.

The New York Federal Reserve said late Tuesday it would conduct a repurchase agreement operation early on Wednesday “in order to help maintain the federal funds rate within the target range of” 2.00% to 2.25%.

Jeffrey Gundlach, chief executive of DoubleLine Capital, said on Tuesday that the repo market squeeze makes it more likely that the Federal Reserve will resume expansion of its balance sheet “pretty soon.”

Also in focus is the Bank of Japan’s policy meeting due Thursday. While the latest Reuters poll suggests the BOJ will keep its policy on hold, 28 of 41 economists expect it will ease its policy this year and 13 believe it may surprise by taking action at the Thursday meeting.

In currencies, sterling edged lower after climbing to a new six-week high on hopes for a last-minute Brexit deal.

The pound fell 0.2% in early European trade to $1.2476 , but that followed a decent gain on Tuesday to $1.2528 on the back of optimism that Prime Minister Boris Johnson was trying to secure a Brexit deal with the European Union before the Oct. 31 deadline.

Against the euro sterling was unchanged at 88.585 pence.