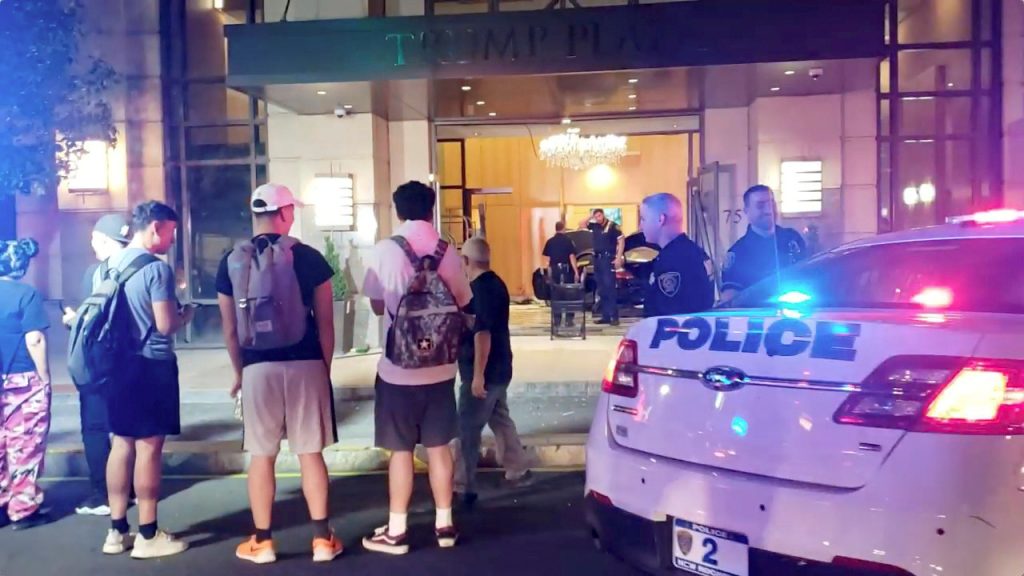 The crash, which police were investigating as an accident, happened around 8:40 p.m. Tuesday in the New York City suburb, roughly 20 miles northeast of the more famous Trump Tower on Fifth Avenue in Manhattan, where President Donald Trump has a home.

Deena Grotto told the Journal News that she had just taken the elevator to the lobby to walk her dog when she heard a loud boom.

“The door opened, I saw broken glass and smoke and somebody yelling, ‘Police! Police!’ I didn’t know what it was. I just closed the elevator door and I went back upstairs because I was scared,” Grotto said.

The black Mercedes-Benz crashed through glass doors before coming to rest inside. Police didn’t immediately release any information about the driver.

On Wednesday, the entrance to the building was curtained and blocked off with two large potted plants; a doorman greeted residents at a side door.

The apartment building, which opened in 2007, is among the lesser-known real estate developments that carry the Trump Plaza brand. More famous properties with the moniker have included the now-demolished Trump Plaza hotel and casino in Atlantic City.