Israel AM Voting Percentages Higher Than in a Decade
Israel 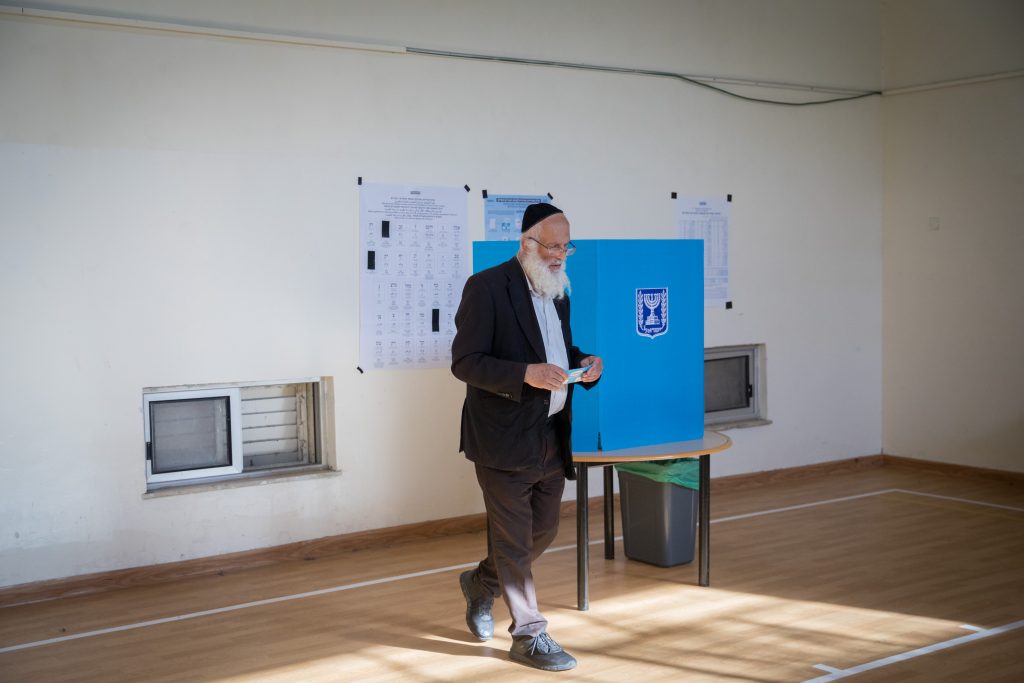 After about six hours of voting, Election Day 2019 part II is shaping up to be one of the most active in decades. As of 1 p.m. (local time), voting percentages were more than 2% higher than in the April elections, and as of that hour is the highest since 2006.

That has raised concern on the right and among chareidi parties. Among the latter the percentage of voters who come out is generally high, and it appears that the extra voters this election are coming from the Arab and leftist voting sector. Prime Minister Binyamin Netanyahu has called for an “emergency meeting” of top Likud activists for later Tuesday to discuss ways to bring more voters to the polls.

In a social media post, Netanyahu said that “the media is reporting that the percentage of voters is this year is higher, but they are not reporting that those are leftist and Arab voters. The voting level on the right is the lowest ever! Every one is obligated to go out and vote and bring more people to the polls. Otherwise we will get a leftist government,” Netanyahu wrote.

Deputy Education Minister Rabbi Meir Porush told reporters Tuesday afternoon that there was a strong possibility that the chareidi parties could end up in the opposition. “This is not a false threat,” he said at a polling station in Elad. “The figures show that the general population is going out to vote. That means every vote for chareidi parties is important.”