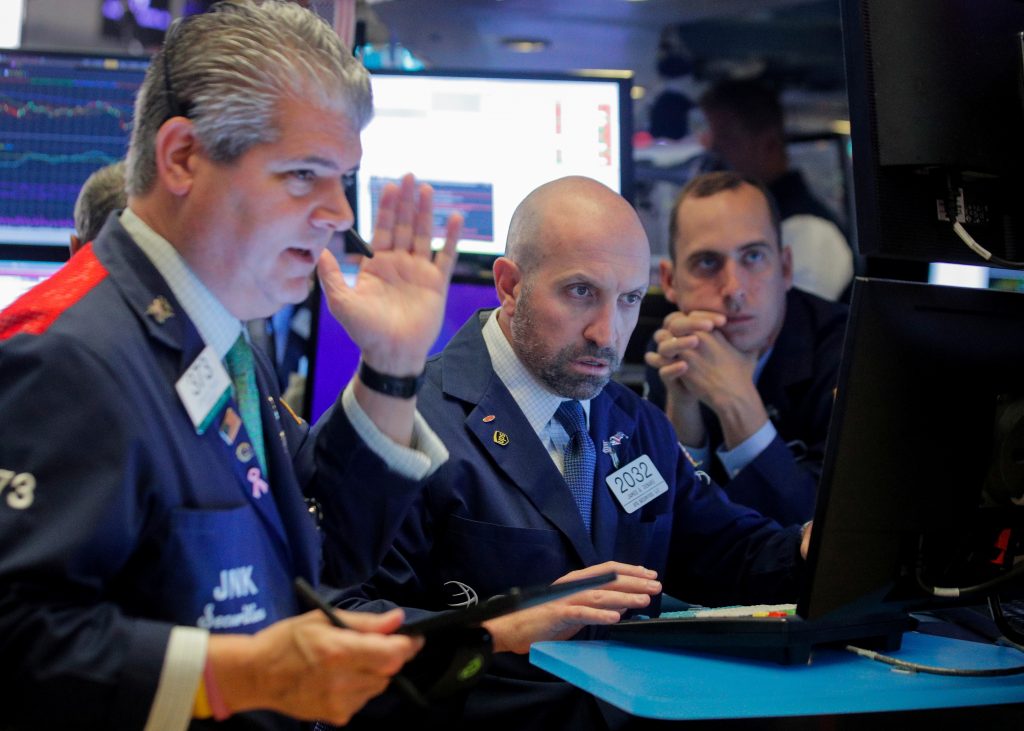 U.S. stocks stalled in midday trading Tuesday as investors await updates on oil output at a damaged Saudi Aramco facility and look ahead to a key interest rate decision from the Federal Reserve.

Energy companies gave back some of Monday’s gains as the price of oil retreated. U.S. oil dropped 4.7% to $59.93 a barrel, while Brent, the international benchmark, fell 5.2% to $65.37. Oilfield services company Schlumberger fell 3% and oil producer Hess dropped 3.1%.

On Monday, oil prices spiked more than 14% over concerns that an attack on Saudi Arabia’s biggest oil processing facility could limit supplies from the world’s biggest oil exporter. Investors will be closely watching an update later Tuesday from Saudi Arabia’s energy minister.

Investors shifted to a more defensive position in the early going, with consumer product makers and utilities among the companies making gains. Bonds rose and the yield on the 10-year Treasury fell to 1.80% from 1.84% late Monday.

Technology stocks were also holding up well as a gain for Microsoft helped counter a slide in Intel and Cisco.

Volatile oil prices and the lingering U.S.-China trade dispute loom over the market as the Federal Reserve begins a two-day meeting to determine interest rate policy. Investors are expecting the central bank to cut its short-term rate on Wednesday to help protect the economy from threats to growth.

It would be the central bank’s second such cut in two months after not cutting rates for a decade.

MARKET PAUSE: Stocks have so far pulled back this week after posting gains for the last three weeks. Those gains came as investors cheered the easing of tensions between the U.S. and China ahead of planned trade negotiations next month. But investors are now waiting for comments from the Federal Reserve in order to better assess prospects for economic growth.