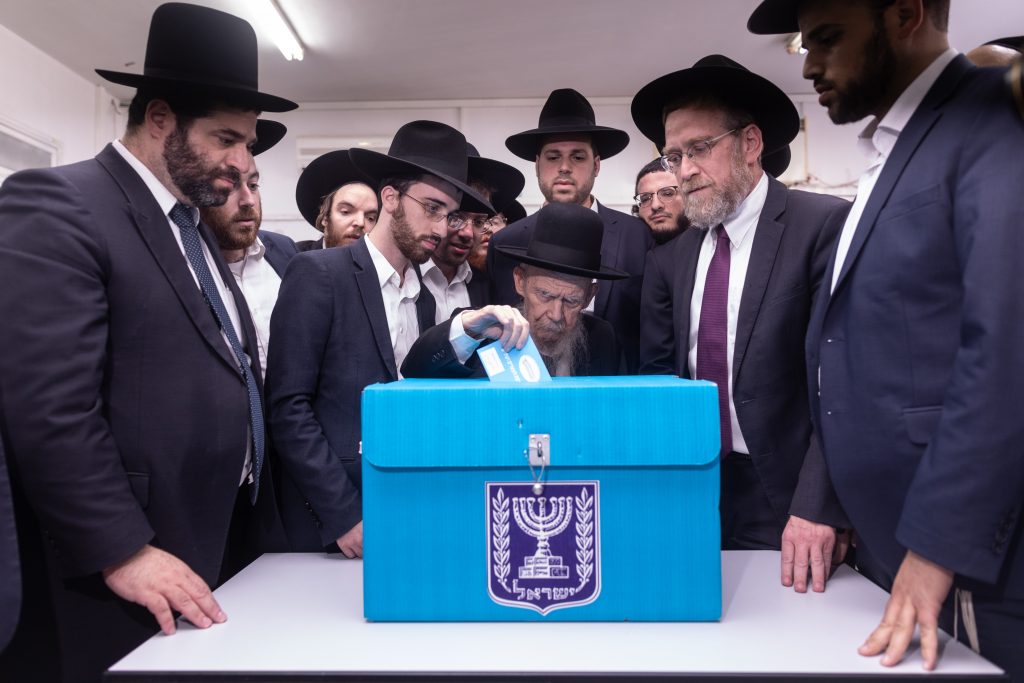 As the closing of the polls approached at 10 p.m, right-wing leaders expressed alarm at reports of a low turnout compared to the left and Arabs.

Prime Minister Binyamin Netanyahu appealed to Likud supporters to go and vote before it was too late in what he termed an “emergency broadcast.” “This is not a trick,” Netanyahu said, of his assertion that the Likud turnout was distressingly low.

He further cited a Palestinian Authority official message calling for Arab Israelis to vote for parties that oppose him. In a twitter message, the prime minister warned again that Otzma Yehudit is “very far from the electoral threshold. Every vote for Otzma will get thrown out. Our fight with Lapid-Gantz is closer than ever,” he warned.

Yamina candidate Bezalel Smotrich published figures showing that right-wing turnout was below the level of last April. Addressing media reports on Tuesday of high turnout, Smotrich said that those rates were in other sectors, not the right wing.

“Even for those who don’t vote [for Yamina], they must go out and vote for one of the right-wing parties that will certainly pass the electoral threshold,” Smotrich said. “If the right-wingers do not wake up and vote in the few hours left, we will awake here tomorrow morning to a dangerous left-wing government.”

The chairman of Bnei Akiva, Rabbi Haim Druckman, said “the situation is difficult, I urge everyone, come out to vote. “We are really fighting for the home, the physical home for the spiritual home, our holy land, and the Jewish character of our holy state.”

“Therefore, it is of special significance to go above and beyond to include in the Knesset representatives of the [Yamina] list, whose representatives will surely stand firm, both on the guard of our country and on the Jewish character of our state,” Rabbi Druckman added.

The electoral turnout for the 22nd Knesset by 6:00 PM stands at 53.5 percent, the Central Election Commission said.

Official estimates as of 6 p.m. were that the turnout was so far 1.5 percent higher than the turnout at this time in the previous election. In the prisons the turnout rate was 70 percent, the Jerusalem Post reported.