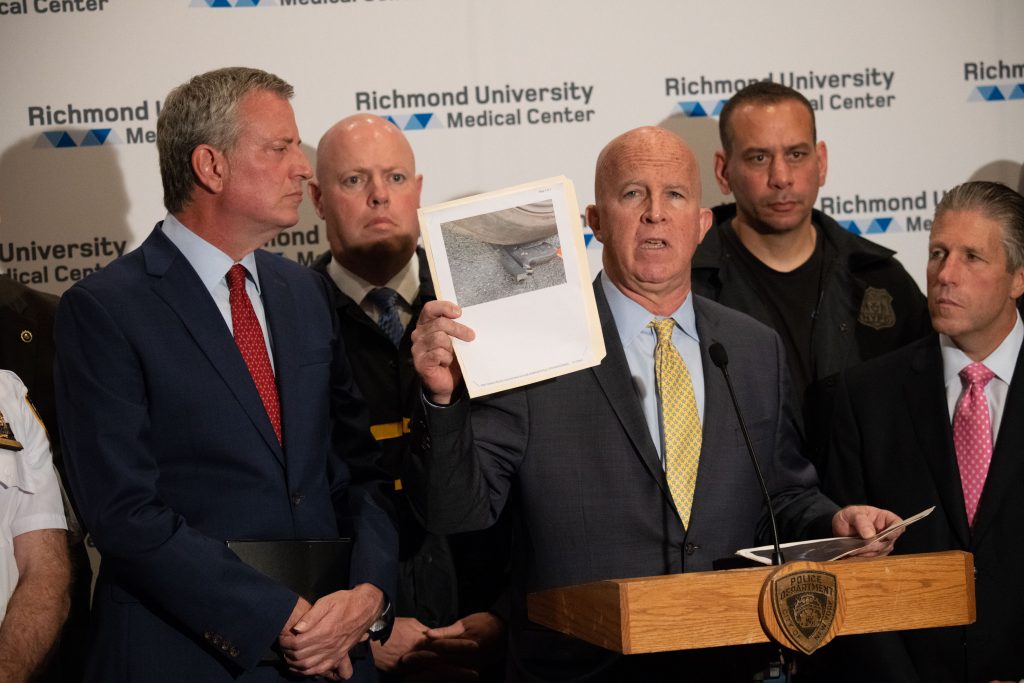 A police officer was wounded by gunfire and a domestic violence suspect was killed Tuesday as he resisted arrest on Staten Island.

Police Commissioner James O’Neill said it was not immediately clear whose bullet hit the officer, who required hand surgery.

Mayor de Blasio described the officer as part of an immigrant family whose life’s goal always was to be a police officer. “She has applied herself with all her heart to this work. Her family here – a family that believes in her, supported her every step of the way.”

A woman who’d filed a domestic violence complaint called police to say she had seen her assailant. She was “very, very afraid for her life,” the mayor said.

Two officers drove around the neighborhood with her. When they spotted the man, they took the woman around the corner for safety, summoned two backup officers and approached him.

The man “immediately became combative” and resisted arrest, O’Neill said. Officers tried to subdue him with a Taser, but the man pulled a gun and fired two shots. The officers, who grabbed his arm during the struggle, returned three shots. His gun was recovered at the scene.

The commissioner said the dead man had served five years in prison for a previous shooting.

During a news conference, Mayor de Blasio stood alongside Patrick Lynch, the head of the patrol officers’ union. Lynch has been ferocious in his criticism of the Democrat, saying he’s not supportive enough of officers.

Lynch said the shooting was a reminder that “any job at any time can turn dangerous for a New York City police officer.”