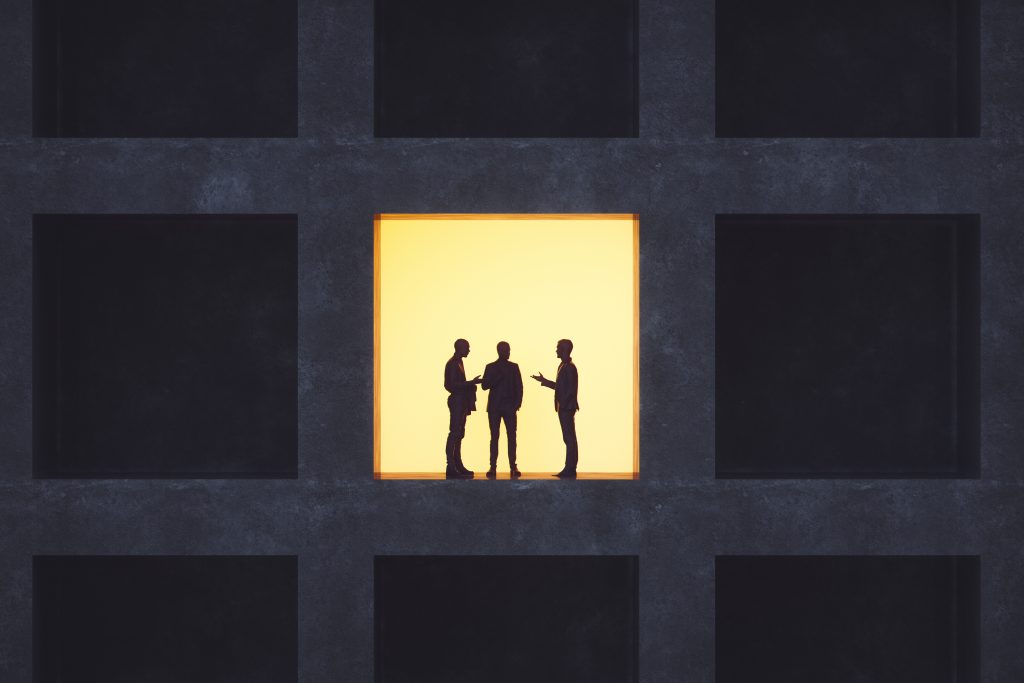 CGI said it was a major Russian hack, but Benny Gantz, leader of the Blue and White Party, vehemently denied it and even insinuated that CGI has it out for them. Well, that’s new: A company is hired by a major political party to uncover an aggravating mole, only to be refuted by the client. Go figure.

But aside from the political debacle (and ridiculous waste of money), one thing is clear: Leaks are happening, and they are happening fast and furious. Perhaps Gantz is suffering from leaks lately more than others, but he is far from alone. In fact, as this article is being written, the media is trumpeting the latest “Bibi leaks” — “Ex-Likud minister denies leaking Netanyahu tape, blames ‘evil people.’”

Hardly a week goes by without another “Trump leaks” story, like the recent “Trump campaign dumps pollsters after leak showed Joe Biden lead in key states.” And we may as well throw in one about U.K. Prime Minister Boris Johnson who, according to a media leak, is accused of misleading the U.K. public regarding the state of negotiations with the EU.

Dealing with leaks to the media is apparently part of the job description for politicians. It’s the common denominator of even the most disparate political figures. One could imagine the frustration — perhaps even rage — of political leaders betrayed by those supposedly loyal and trustworthy. Because, really, that’s what it’s about: breach of trust. And that, and only that, is what makes this topic worthy of mention.

Allow me to explain.

One of the leading Admorim in Eretz Yisrael publicized a letter before the April 9 elections calling on his chassidim to vote per daas Torah, but exhorted them to completely avoid political discussions. Politicians, the Admor emphasized, have the most unenviable job imaginable, and politics is an exceedingly mucky occupation — something for the rest of us to stay far away from.

In a similar vein, Harav Yitzchak Lorincz recounts how his father, Harav Shlomo Lorincz, once attended a major event hosted by Shimon Peres. Thirty minutes into the event, Rav Lorincz excused himself, explaining that he was over 90 years old and was feeling very unwell. Rav Yitzchak was worried about his father and immediately went to check up on him, but Rav Shlomo explained that there was nothing to worry about, and what he really meant is that he felt emotionally unwell being in such an environment, where all the people were only talking about and interested in how much money they have and how they make it.

Rav Yitzchak expressed amazement, “But, Abba, you served in the Knesset for more than 30 years! How did you manage to survive there?” Rav Shlomo responded that he was also bothered by that exact question, and came to the conclusion that it must be the zechus of the Gedolei Yisrael who sent him there that gave him the strength to weather such an inherently awful environment so that he would be able to carry out the mission with which he had been tasked.

So, yes, political discussion and involvement — in the absence of a clear-cut to’eles — ought to be anathema. A source of revulsion. And if that is true for politics in general, how much more so is it true for all the abhorrent drama and intrigue of media leaks. Such things are as anti-Torah-culture as can be. They are the very embodiment of the world of “kinah, taavah, v’kavod.”

The only reason, then, to talk about such things is to derive a concrete lesson. And, in this case, it’s a lesson about what not to do. Politics is such a messy world in large part because of the tendency of its players to be focused more on selfish interests than a common goal (which almost certainly explains why things such as media leaks seem to be quite rare among the chareidi parties — since the chareidi parties and its leaders are tasked as the messengers of the Torah world to achieve specific goals, there is far less room for political drama and intrigue). Breaches of trust, in such an environment, are thus hopelessly endemic, and friends can turn into enemies with utmost ease.

The Torah, on the other hand, teaches us how careful we have to be to not violate someone’s trust. As the Chofetz Chaim explains, when someone tells you something in confidence, that person who shared his confidence with you is essentially the “owner” of that secret. Thus, one is not allowed to do with that secret something that is in contradiction to the will of the secret’s owner. Furthermore, elaborates the Chofetz Chaim, even if one is convinced that a certain piece of gossip will do no harm, it is gossip nonetheless — a bad middah that needs to be stringently avoided.

From the messy, mucky world of leaks and what things look like when trust is breached, we can see how critically important it is to follow the Torah’s guidelines to cultivate and nurture trust in our dealings with people. When there’s trust and confidence, relationships thrive and grow into a thing of beauty. Yisrael asher becha espa’er.