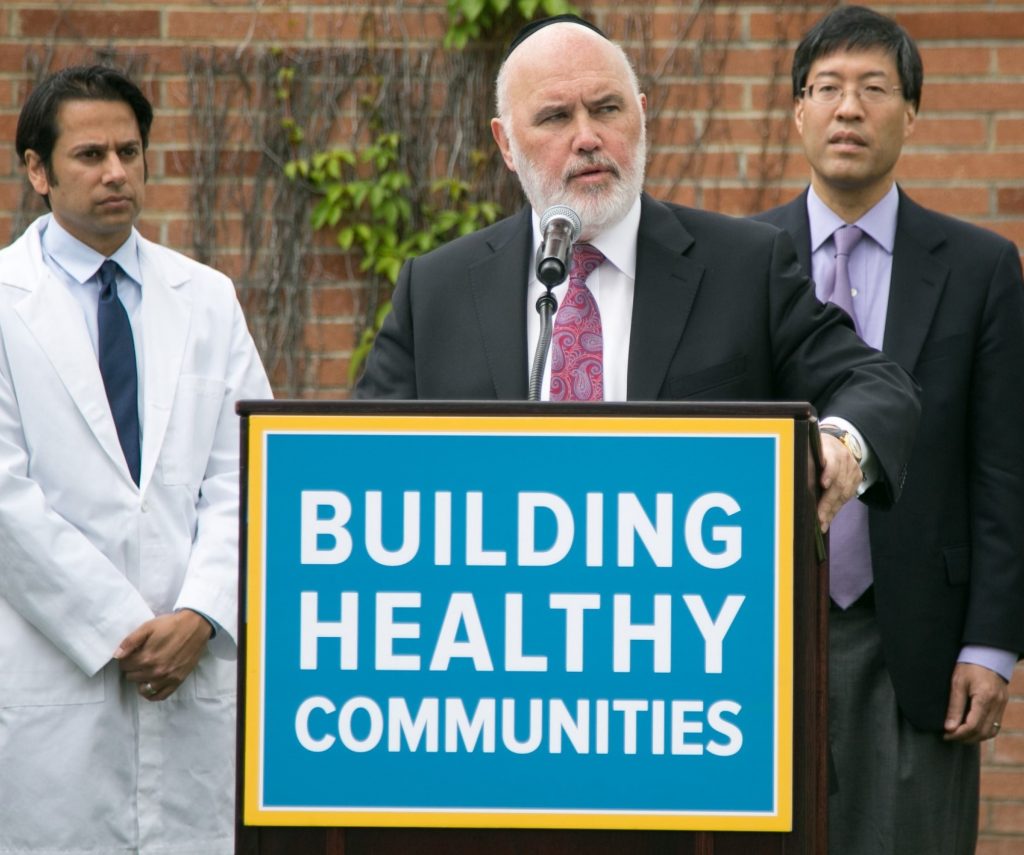 Before we get to the heart of the matter, let’s start this conversation on a positive note. On September 9, California Governor Gavin Newsom took a bold step in expanding protection for students and the public at large by signing into law SB 276, a bill authored by California Senator Dr. Richard Pan (District 6) designed to curtail the use of illegitimate vaccination exemption letters. For some time now, even schools that strictly enforced immunization statutes were compelled to accept unvaccinated children who presented questionable medical exemption letters issued by unscrupulous physicians for anti-vaxxer parents. With the passage of SB 276, this loophole has been closed.

What led to the creation of this law didn’t occur in a vacuum, nor was it enacted due to any ideology. It was put forth due to one simple reason — people are needlessly suffering and dying from a resurgence of measles. To put this into perspective, in 2017 there were 120 reported cases of measles in the U.S.; however, 1,241 cases have been reported in 2019 thus far.

For Israel, only about 30 cases of measles were reported in 2017, yet from 2018 to 2019 this figure skyrocketed to more than 4,200. On a global level, the World Health Organization reports that measles cases rose by 300 percent just in the first three months of 2019 as compared to last year.

These aren’t just statistics, these are real people. Most recently, Rotem Amitai, a 43-year-old El Al flight attendant and mother of three, tragically died from measles. This woman served thousands of Jews every month, only to meet her demise from a disease that, 20 years ago, was eradicated. Sadly, she’s not the only victim over this past year.

This grim point brings me to our enlightenment and dismay. The introduction of SB 276 received significant attention throughout the country — some of which was truly disturbing, as in the case of Senator Pan, who became the target of the anti-vaxxer movement, hateful protests, verbal assaults and even physical threats. Nevertheless, he steadfastly pushed onward to negotiate this bill with California’s governor to ensure its passage.

For decades, Bikur Cholim of Los Angeles, Calif., has been leading the charge in promoting childhood immunizations and greater protection in schools and synagogues. These efforts include championing vaccination access and supporting legislation while working hand-in-glove with the Los Angeles County Department of Public Health, major medical centers, California’s civic leadership, and most recently with Senator Pan. From the inception of SB 276 in February 2019 to its path moving through the California Assembly until its signage into law, Bikur Cholim has led a months-long full-court press campaign focused on Greater Los Angeles and surrounding area Jewish schools and major institutions. Our goal was to garner their public support by asking for their signature on our “Yes on SB 276” letter, urging the California State Legislature to pass the bill.

Bikur Cholim reached out to 135 Jewish schools listed by the Builders of Jewish Education (BJE), of which 30 identify as Orthodox and/or a yeshivah, who all signed our letter of support. Of the remaining 105 identified as non-affiliated, Conservative, or Reform, only five agreed to sign.

Thousands of physicians and medical associations throughout the state and country, including the American Academy of Pediatrics and the California Medical Association, supported this legislation. Considering the devastating impact of measles and the overwhelming endorsement of the medical community, one would hope that all Jewish institutions would be united in standing with Bikur Cholim urging the passage of SB 276. However, that was not the case.

In fact, it was the Los Angeles Orthodox Jewish schools and organizations that stood together in backing SB 276, while others remain silent. From Chabad to Yavneh, Toras Emes to Hillel, Yeshiva Gedolah to Shalhevet, the urgency of supporting greater protection for our children was not lost on these schools. While many of the aforementioned take very different paths in approaching their curriculum, students, and parent bodies, on this issue they all agreed.

Of the majority of non-Orthodox schools who opted not to sign our letter, they either said “no” or were apathetic toward the subject. Furthermore, while major Jewish institutions such as Chabad of California, Agudath Israel of California and the Rabbinical Council of California enthusiastically signed our letter, other high-profile Jewish organizations would not, saying that they do not make public statements of support despite their stated mission of mobilizing on “issues of concern to the local community.”

As many are aware, in response to this year’s measles outbreaks in East Coast Jewish communities, the media focused on “pockets of stubborn resistance” within the Orthodox population, painting them as paranoid or out of touch. While there is no question that an alarming number of unvaccinated children and adults were identified in New York and New Jersey, unfair attention might have been placed on the Orthodox communities, which contributed to a negative perception of this demographic. The propaganda and paranoia that questions the safety of vaccines is not confined to any particular religious or ethnic group or bound by ideology or class. Those living in Williamsburg or Rockland County are just as susceptible to anti-vaccine conspiracies as the professionals living in Santa Monica or Valley communities.

Though the epicenter of the outbreaks on the East Coast was in the Orthodox community, aversion to vaccinations is not an Orthodox ideology. This is best evidenced by California’s Orthodox population’s support for vaccinations versus the silence of others. To say we find this disparity puzzling is an understatement.

Leadership is not a popularity contest, and I am certain this article will draw criticism from those who may feel slighted by our attention toward their silence. However, leadership demands taking responsibility in a substantive way. To that end, I am personally disappointed with many who have displayed apathy toward this issue. Regardless of these circumstances, neither I nor Bikur Cholim will be dissuaded from continuing our efforts to work together with all Jewish communities and the organizations that represent them. We take great pride in the success of our significant efforts toward this bill’s passage, as it is part and parcel of our commitment to our community’s well-being and to the public at large.

On life and death issues that directly impact all of us, our community’s Jewish schools, synagogues, and organizations must lead by example; not retreat into fear-based silence. And while the vaccination issue inexplicably rages on, for Bikur Cholim there is no room for silence — vaccinations save millions of lives, period.