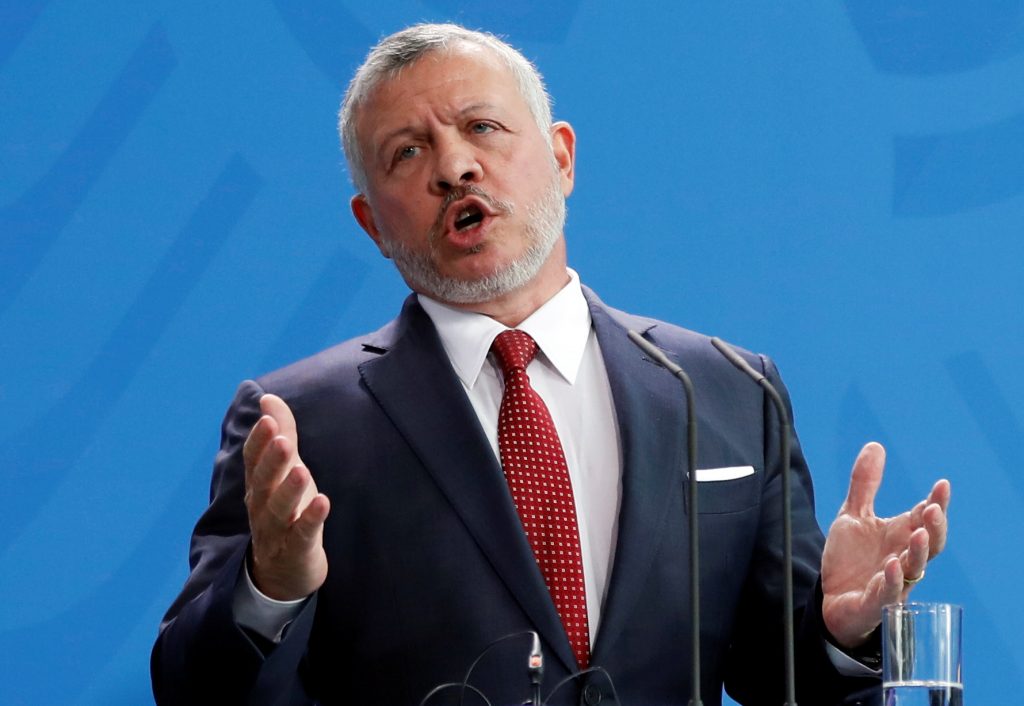 Jordan’s King Abdullah II says if Israel goes ahead with the idea of annexing all the Jewish communities in Yehudah and Shomron, it would be a “disaster” for attempts to find any two-state solution with the Palestinians.

He says it will “directly impact” the relationship between Israel and Jordan, and Israel and Egypt, and that “these types of statements are… a disaster to any attempt to move forward to the two-state solution.”

Abdullah added that “we’re looking on this with tremendous concern.”