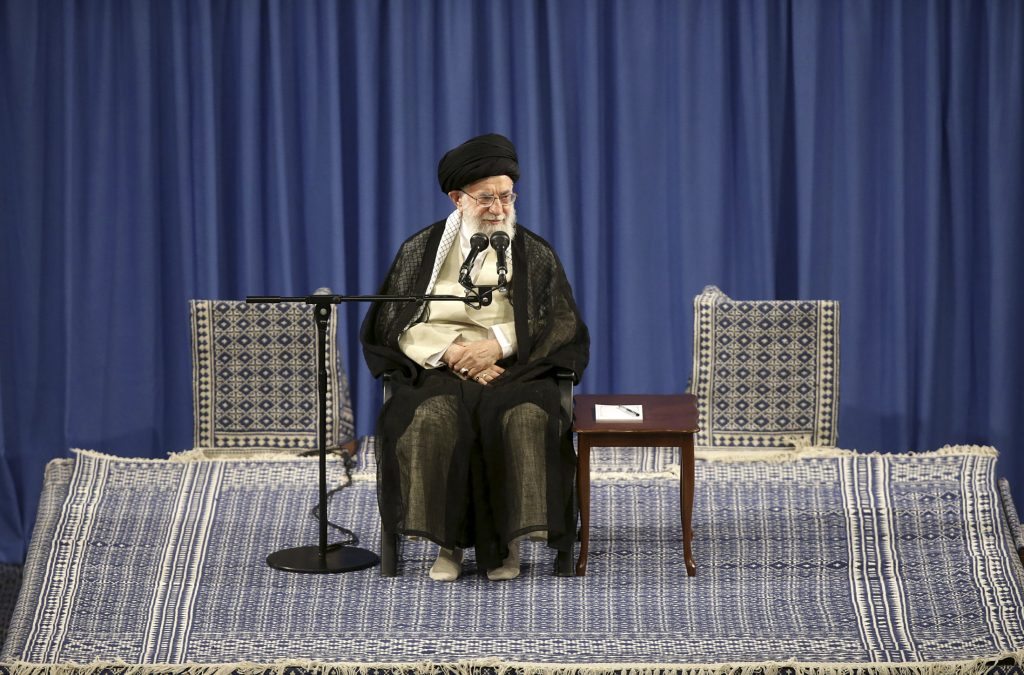 Iran will never hold one-on-one talks with the United States but could engage in multilateral discussions if it returns to the 2015 deal on Iran‘s nuclear program, Supreme Leader Ayatollah Ali Khamenei said on Tuesday, according to state media.

“Iranian officials, at any level, will never talk to American officials … this is part of their policy to put pressure on Iran … their policy of maximum pressure will fail,” state media quoted Khamenei as saying.

Khamenei said Iran‘s clerical rulers were in agreement on this: “All officials in Iran unanimously believe it.

“If America changes its behavior and returns to [Iran‘s 2015] nuclear deal, then it can join multilateral talks between Iran and other parties to the deal,” Khamenei said.

Trump has stepped up sanctions against Iran since last year when he withdrew from the nuclear pact between Iran and six world powers and reimposed sanctions that were lifted under the deal in return for Iran curbing its nuclear program.

In retaliation for the U.S. “maximum pressure” policy, Iran has gradually scaled backed its commitments to the pact and plans to further breach it if the European parties fail to keep their promises to shield Iran‘s economy from U.S. penalties.

“If we yield to their pressure and hold talks with Americans … this will show that their maximum pressure on Iran has succeeded. They should know that this policy has no value for us,” said Khamenei, who has the last say on all state matters.

Tensions between Tehran and Washington have spiked following a weekend attack on major oil sites in Saudi Arabia that sent oil prices soaring and raised fears of a new Middle East conflict.

Trump said on Monday it looked like Iran was behind the attacks but stressed he did not want to go to war. Iran has denied any involvement.

Iran‘s regional rival, Saudi Arabia, said the attacks were carried out with Iranian weapons and it was capable of responding forcefully.