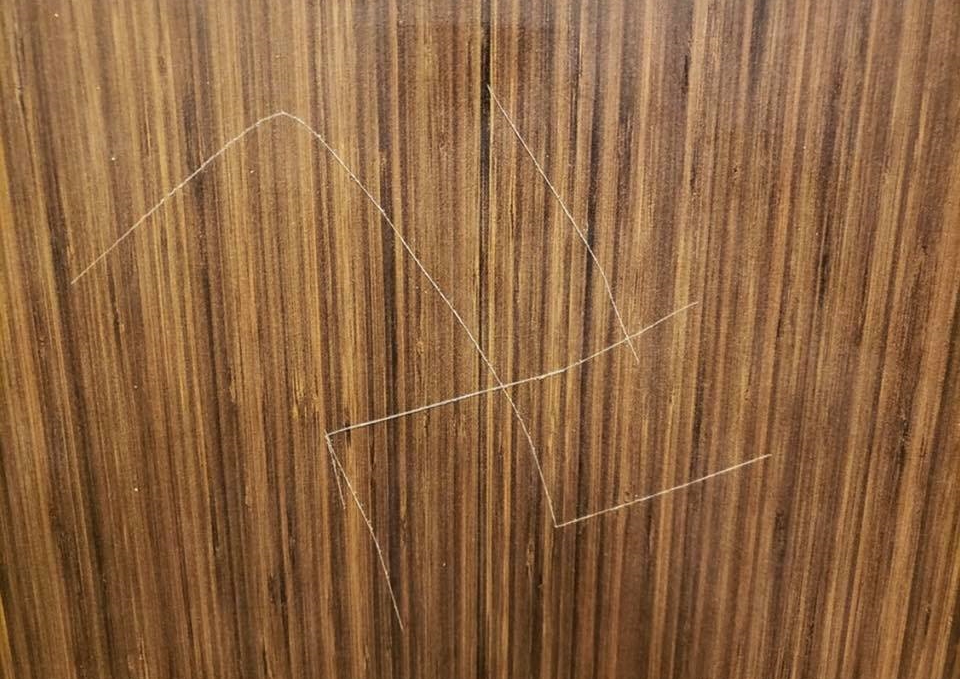 “In New York we have absolutely zero tolerance for such abhorrent symbols, which are designed to intimidate and sow division and are part of the cancer of hate that has infected the nation’s body politic in recent years,” Cuomo said in a statement.

“Anti-Semitism and hate in all its forms are repugnant to New York’s values of inclusion, diversity and acceptance — and we will continue to call out cowardly acts of hate whenever and wherever we see them,” he said.

Investigators say that the swastikas were on the bathroom wall for three weeks before anyone did anything about it, including alerting police.

Rockland County officials are inquiring if the incident was actually reported at the time and ignored, because any evidence that may have been available at the time has obviously long disappeared.