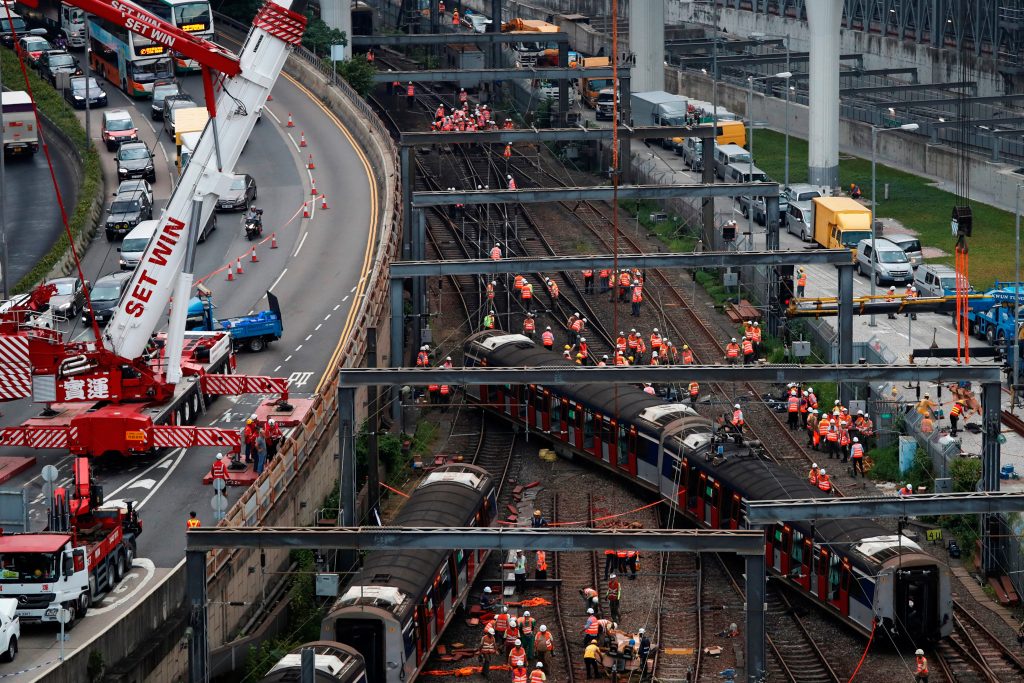 A rare train derailment disrupted services during rush hour in Hong Kong on Tuesday, the rail operator said, injuring eight people and dealing another setback to a company targeted by pro-democracy protesters.

The disruption to a normally seamless network used by nearly 6 million people every weekday happened after a train derailed while leaving a station in the Kowloon area, rail operator MTR Corp said.

The government’s information department said eight people were injured and five had been taken to hospital, most with neck pain or minor abrasions. Services were suspended between Mong Kok East and Hung Hom stations.

Rex Auyeung Pak-kuen, chairman of MTR Corp, told reporters that a derailment had not happened in many years and the cause was not immediately clear.

“We will work together with the government to find out the truth as soon as possible so as to continue to provide safe services,” he said. “We apologize that our passengers were injured in the accident.”

The company said it would set up an investigation panel comprised of external experts to examine all possible causes, including obstruction by external objects.

Hong Kong’s rail system has been a target of vandalism during recent pro-democracy protests, with activists angry that MTR has closed stations to stop protesters gathering.

Media footage showed hundreds of passengers trying to get off the derailed train. Public broadcaster RTHK said the train had suddenly swayed and a door had flown off before the train stopped.

Nearby stations were overcrowded, and intervals between trains were extended to 12 minutes from two.

MTR’s shares fell 1.1%, in line with the broader Hang Seng Index, which was down 1%.