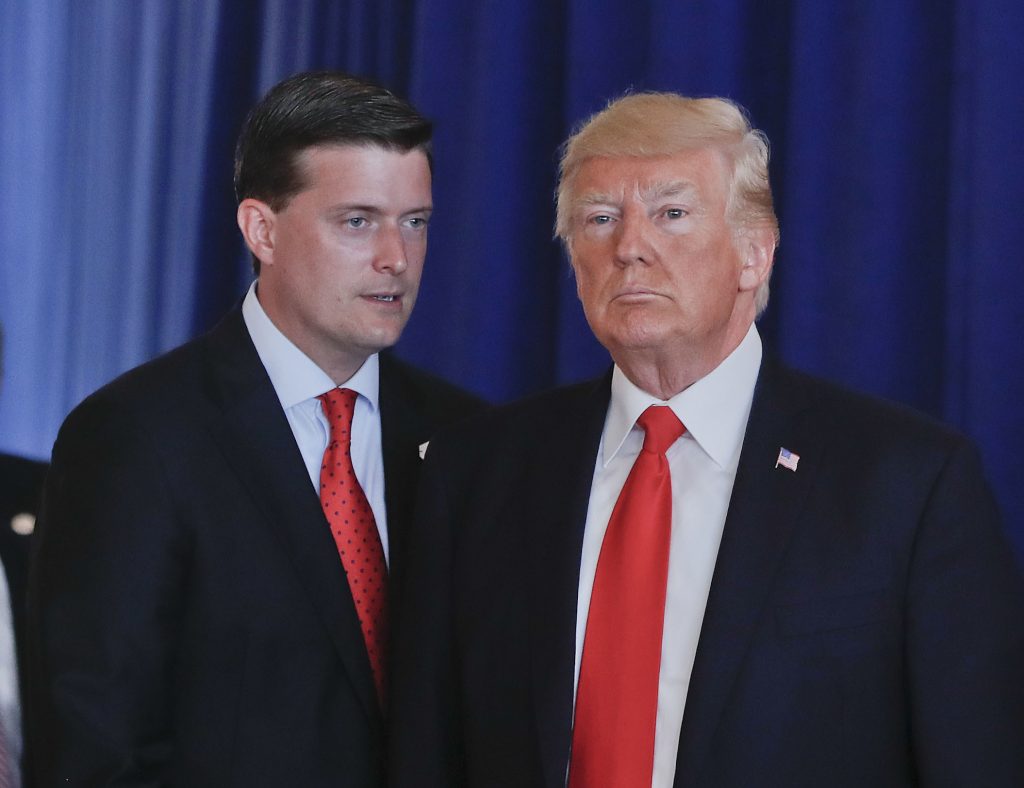 The White House has instructed two former aides to President Donald Trump not to appear at a House Judiciary Committee hearing Tuesday, saying Rick Dearborn and Rob Porter are “absolutely immune” from testifying at what the panel is calling its first impeachment hearing.

In a letter sent to the panel and obtained by The Associated Press, White House counsel Pat Cipollone wrote that the Justice Department has advised, and Trump has directed, Dearborn and Porter to defy subpoenas because of “constitutional immunity.”

In a separate letter, Cipollone said that former Trump campaign manager Corey Lewandowski should not reveal private conversations with Trump beyond what is in special counsel Robert Mueller’s report. Lewandowski is scheduled to appear Tuesday.

Democrats are challenging the claims of immunity in a lawsuit against former White House counsel Don McGahn.