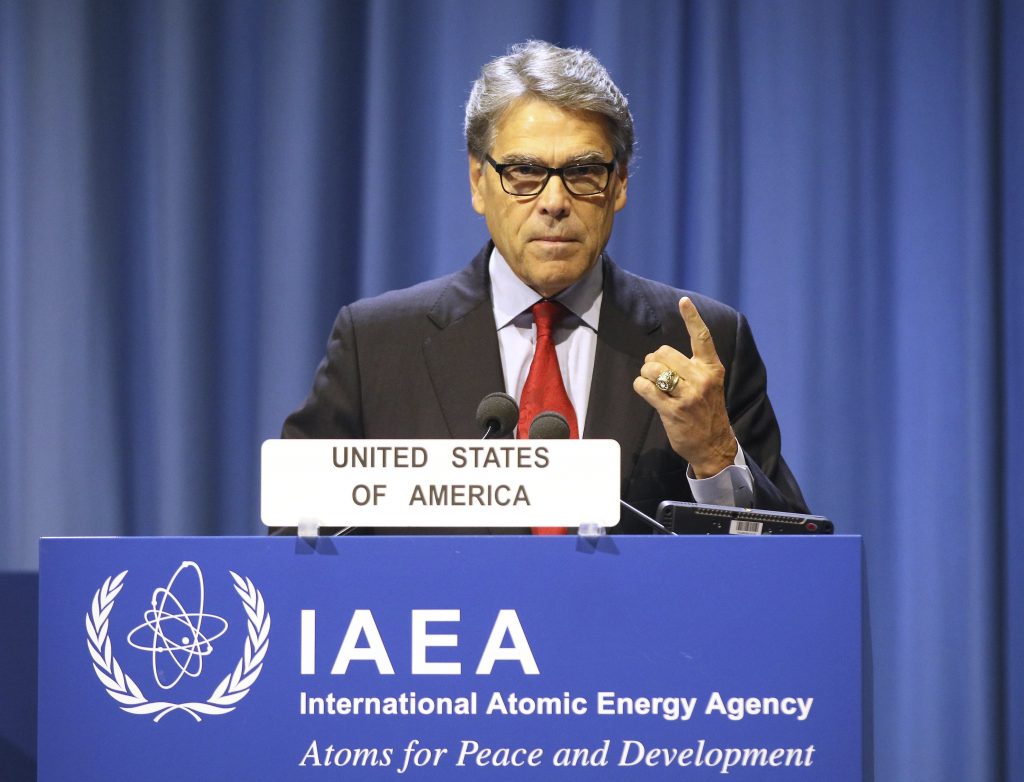 The United States and Iran traded barbs over Tehran’s nuclear activities as the International Atomic Energy Agency’s general conference got underway in Vienna.

Reading a note from U.S. President Donald Trump, Energy Secretary Rick Perry said Monday that Washington “will continue to apply maximum pressure both diplomatically and economically to deny Iran any pathway to a nuclear weapon.”

The U.S. last year pulled out unilaterally from the 2015 deal with Iran that promised it economic incentives in exchange for curbs on its atomic activities, and has instituted new sanctions that have been hurting the Iranian economy.

Ali Akbar Salehi, head of Iran’s nuclear program, slammed the move, saying, “The destructive behavior of the U.S. administration and the economic terrorism pursued by it against other countries should be condemned and rejected.”