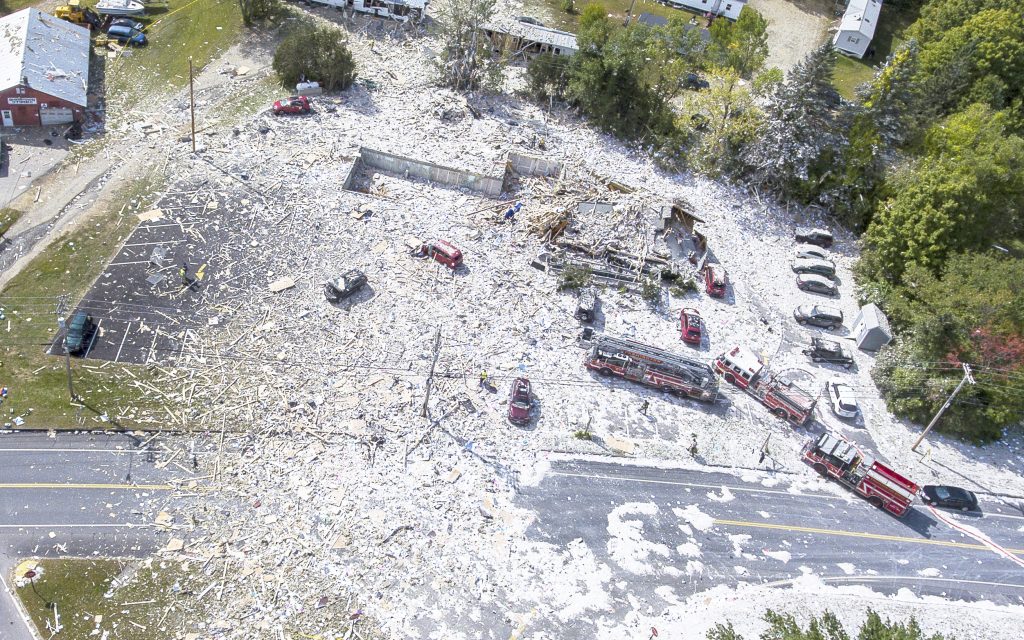 A fierce propane explosion leveled a newly constructed building after fire crews arrived to investigate the smell of gas Monday, killing one firefighter and injuring at least eight other people, including fellow firefighters, officials said.

The blast was so powerful it blew a vehicle across an intersection and damaged nearby buildings. Paper, insulation and building debris rained on the area.

The explosion shattered the two-story building that housed LEAP Inc., a nonprofit that serves people with cognitive and intellectual disabilities, just a couple of months after it was finished.

“It’s a war zone. It’s just a mess,” said Scott Landry, a member of the Farmington Town Select Board. “The building is gone.”

Four of the firefighters were in the intensive care unit at Maine Medical Center in Portland, while the maintenance worker was being treated at a hospital in Boston, officials said. One firefighter and the ambulance worker were treated and released.

The blast hit around 8:30 a.m. in this town in western Maine, about 70 miles north of Portland.