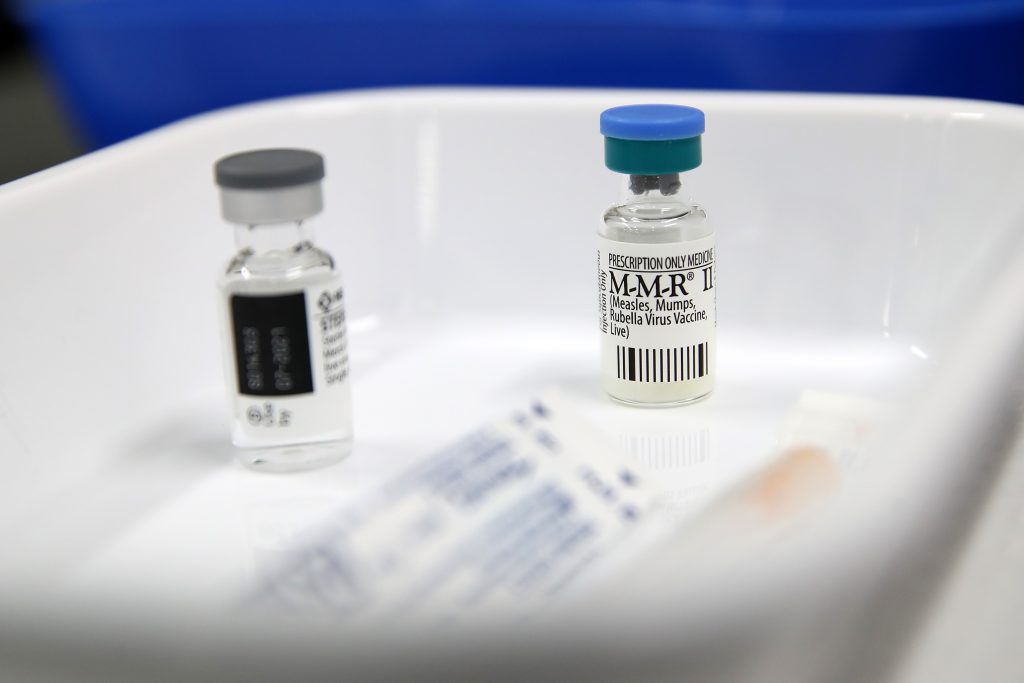 The nation’s worst measles epidemic in 27 years could be in its final stages as a week went by with no new reported cases.

“To get to zero is tremendously encouraging,” said Jason Schwartz, a Yale University expert on vaccination policy.

The current epidemic emerged about a year ago and took off earlier this year, with most of the cases reported in Jewish communities in and around New York City. It started with travelers who had become infected overseas but spread quickly among unvaccinated  people.

In the spring, 70 or more new cases were being reported every week. Not long ago, the nation that saw that many measles cases in a whole year.

So far this year, 1,241 cases have been confirmed — a number that didn’t rise last week, the Centers for Disease Control and

Prevention reported Monday. The last time the CDC reported no new measles cases was 11 months ago.

New York officials responded to the explosion of measles cases with a wave of measures, including education campaigns to counter misinformation about vaccine safety and fines for people who didn’t get vaccinated.

The epidemic has threatened the Unites States’ nearly 2-decade-old status as a nation that has eliminated measles. The status could come to an end if the disease spreads among Americans for a year or more. Other countries, including Greece and the United Kingdom, recently lost their elimination status amid a global surge in the disease.

Measles outbreaks are typically declared over when 42 days pass without a new infection. If no new cases crop up, the national outbreak would likely end on or about Sept. 30 — just before officials might have to decide on the U.S. elimination status.

The loss of elimination status in the U.S. could take the steam out of measles vaccination campaigns in other countries, said Dr. William Schaffner, a Vanderbilt University vaccine expert.

Health ministers around the world might say, “Why should we strive for elimination? We’ll just do the best we can to control measles, but we won’t go the extra several miles to get to zero,” Schaffner said.