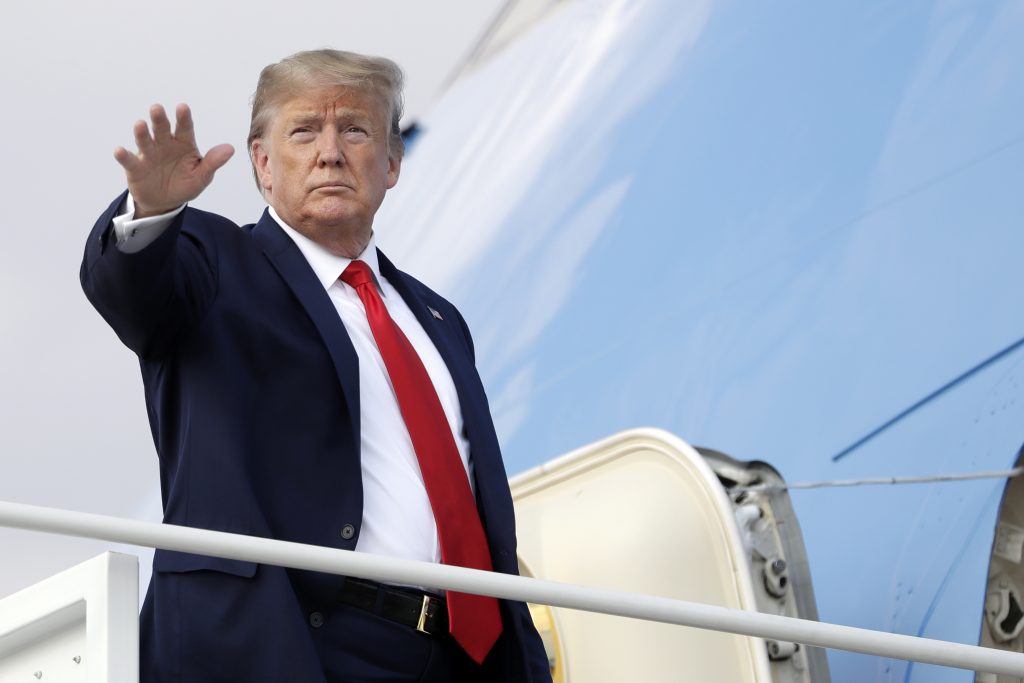 Thousands of people poured into a New Mexico arena Monday evening after waiting outside for hours for a political rally that will be headlined by President Donald Trump.

The crowd included many wearing the red caps that have become a symbol of the president’s agenda. Outside, vendors sold political T-shirts and other merchandise.

Trump’s campaign has suggested the historically Democratic state could be flipped in the next election and many of those in attendance agreed.

Skeeter Trent was among those who believe Trump can win more voters in New Mexico in 2020. The 55-year-old Rio Rancho resident says the president’s visit will spark excitement and will help other Republican candidates.

A few dozen protesters gathered across the street from the arena. It was a much smaller number of demonstrators than Trump’s two previous visits to the Albuquerque metro area during the 2016 campaign.