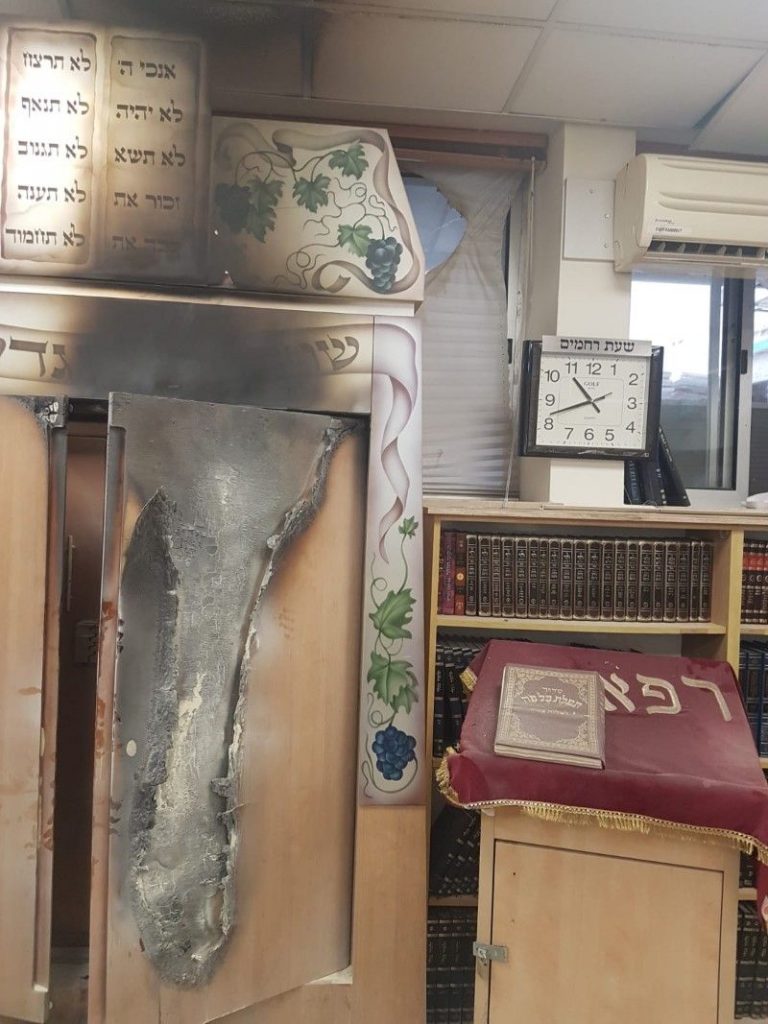 A Talmud Torah in the Haifa suburb of Kiryat Atta was heavily damaged by vandals overnight Sunday, administrators said. Upon coming to school Monday morning, horrified first and second graders saw torn siddurim and chumashim, along with overturned and burned desks, tables and chairs, Channel 13 reported. Police opened an investigation, but so far have no leads – because the culprits cut the wires of the security cameras that had been placed in the building.

The Talmud Torah was established several years ago by a group of parents with the assistance of Shas. The school was started by the parents, some of whom are baalei teshuvah, to provide their children with an authentic and classic Jewish education, without the usual influences that pervade the lives of children today.

The school is housed in a structure that had formerly been used by a secular school which closed down. The vandals apparently broke in through a breach in a neighboring building, belonging to the city’s mental health department. The channel quoted one of the parents as saying that “apparently some of the neighbors here decided they didn’t want a chareidi school near them. This looks a great deal like Kristallnacht in Germany,” the parent said. “It is unbelievable how far the incitement against chareidim has gone. But our children will continue to learn Torah here; no one will stop us.”