National She Dreamed She Swallowed Her Engagement Ring. She Woke to Find That She Had.
National 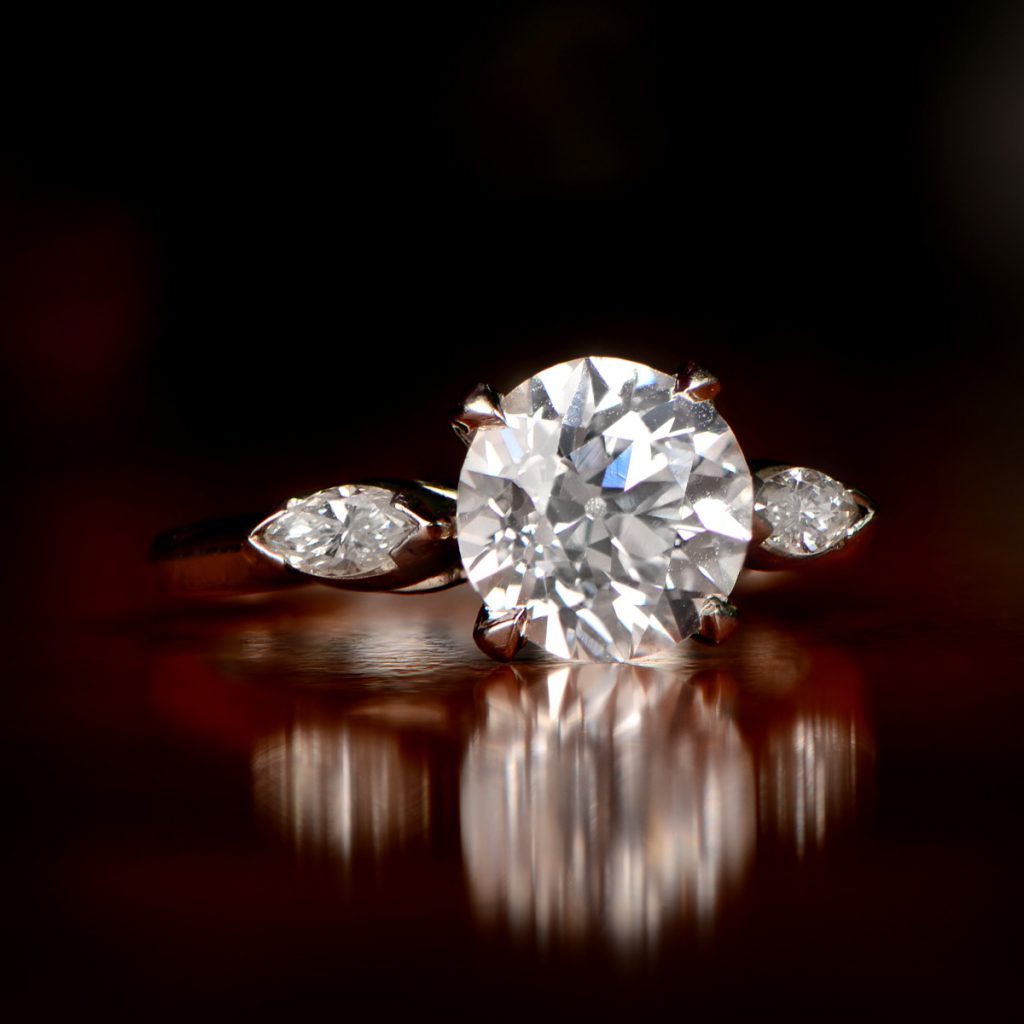 It was hard for Jenna Evans to figure out when the dream ended and real life began. She and her fiancé, Bobby Howell, were on a high-speed cargo train. The bad guys were coming. To protect her engagement ring, Howell told her, there was only one thing she could do: Swallow it.

“So I popped it off,” Evans remembered, “put it in my mouth and swallowed it with a glass of water” – right about the time she woke up.

Something didn’t feel right. Did she really just throw back her 2.4-carat diamond ring like a pill? No, she thought, of course not. It was just a dream.

She closed her eyes. When she woke up again, she saw it clearly in the light: The ring was really gone.

“When I woke up and it was not on my hand, I knew exactly where it was,” Evans, who has a history of sleepwalking, told KGTV. “It was in my stomach.”

Pics or it didn’t happen? She has those.

Last Wednesday, the 29-year-old San Diego resident and her befuddled but very concerned fiancé rushed to the emergency room around 8 a.m., “where I struggled to explain why I was there.”

Doctors soon discovered what Evans’s dream had already told her: She really did swallow her engagement ring in her sleep. On the X-ray, the crystalline circle floating in her abdomen was hard to miss.

Now came the harder question: How to get it back?

“Every girl, I think, wants as big a ring as she can get – until you swallow it and are trying to figure out what to do next,” Evans told NBC 7.

The doctor recommended against letting nature take its course in this case. (“Thank G-d,” Evans wrote on social media.) So Evans headed over to a crew of gastroenterologists, “where I got to tell a whole new group of doctors and nurses that yes, I swallowed my engagement ring,” Evans wrote in her post.

The ring was migrating by now. It was starting to really hurt. “At this point,” she said, “I could definitely feel it in my guts.”

The specialists had a plan: Evans would undergo an upper endoscopy later that morning. They would pluck it out of her.

They said, “don’t worry, it’s not a big deal,” Evans wrote, “but please sign this release form just in case you die.”

So Evans signed the form and closed her eyes again, feeling the woozy sleep of anesthesia coming on, hoping she would live to marry to Howell. Once she was out, the doctors snaked a little camera down her throat, past her stomach – and then they saw it: a glowing, shiny object on its way into the small intestine.

Evans opened her eyes again. The ring wasn’t on her finger.

This time, Howell had it.

“Bobby finally gave my ring back this morning,” Evans wrote in her post on Thursday. “I promised not to swallow it again, we’re still getting married and all is right in the world.”

By Monday morning, Evans’s social media post had been shared more than 60,000 times. She spent the week recovering from surgery – and on Monday morning went back to work.

The couple plan to tie the knot next May in Texas, where Evans is from.

In the meantime, Evans said, doctors recommended she see a sleep specialist, advice she plans to take.

For now, she takes off the ring at bedtime.