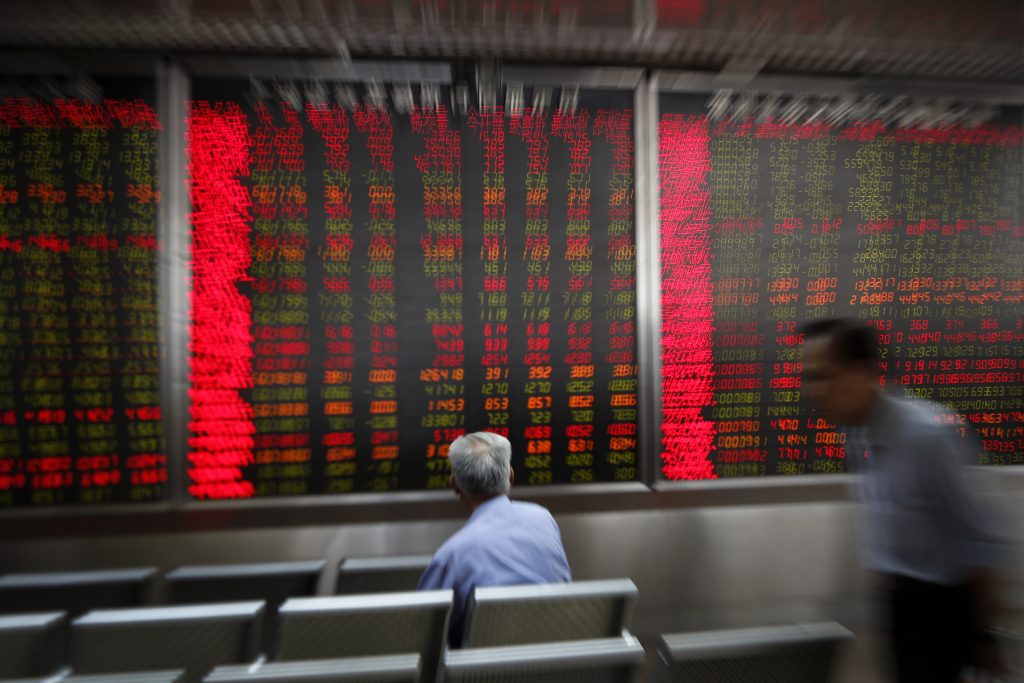 Hong Kong’s benchmark tumbled 1% while Seoul advanced and Shanghai and Sydney were little-changed. Japanese markets were closed for a holiday.

The benchmark U.S. crude price jumped $4.36 per barrel following the attack on oil producer Saudi Aramco’s Abqaiq facility, for which Yemeni rebels claimed responsibility. Brent crude, the international standard, was up $5.20 after spiking nearly $8 at one point.

The jump in crude prices hurt airline stocks and other businesses with big fuel bills and put upward pressure on inflation expectations. At the same time, higher prices are a boost to oil exporters such as Malaysia and temporarily pushed up share prices for crude producers.

“This is obviously not a good day if you are an oil importer,” said Chris Weston of Pepperstone Group in a report.

“This isn’t just a question of who or even what actually caused the attacks, but some have questioned whether we will we see further attacks and Saudi infrastructure is vulnerable,” said Weston.

The Hang Seng index declined to 27,066.59 points following more weekend anti-government protests. The Hong Kong airport reported passenger traffic fell 12% in August from a year ago, a sign of the economic impact of demonstrations that began three months ago.

“Oil ructions aside, investors would have already been nervous today in Asia as a belligerent China returns from holiday,” Jeffrey Halley of Oanda said in a report.

Investor anxiety about the U.S.-Chinese tariff war eased following conciliatory gestures last week by both sides ahead of planned negotiations next month on their conflict over trade and technology.

President Donald Trump postponed planned Oct. 1 tariff hikes to Oct. 15, opening up the possibility they might be put off indefinitely if the talks make progress. Beijing announced Friday it would lift punitive duties on soybeans, China’s biggest import from the United States, and some other farm goods.

Despite that, the two sides have given no indication of progress toward resolving the core issues in the sprawling dispute over trade and technology that threatens to chill global economic growth.

A slide in technology stocks, along with losses in consumer-focused and real estate companies, offset solid gains elsewhere in the market, including big Wall Street banks and industrial stocks.

Investors are looking for a possible U.S. interest rate cut by the Federal Reserve this week. The central bank lowered its benchmark interest rate in July by a quarter point, its first cut in a decade, in a bid to help maintain U.S. economic growth.