Thousands of people attended a mass rally held by United Torah Judaism in Yerushalayim on Sunday, two days before general elections widely regarded to be of historic importance.

Rabbanim of Agudas Yisrael and Degel HaTorah, the two factions comprising UTJ, appeared at the gathering.

MK Rabbi Yaakov Litzman told the assembled that the elections represent the struggle of the Torah community in Israel to preserve the Jewish way of life, of Torah and mitzvos.

“These elections are like Yom Hadin,” he said. “In truth, we are very close to Yom Hadin, Rosh Hashanah. We need zechuyos, and we are here, davening with the Gedolei Yisrael, “Avinu Malkeinu, hafer atzas oyveinu.”

“The main issue of the elections is not Gantz or Netanyahu, not right wing or left wing. Not politics or the economy. It’s about whether there will be a government with the chareidim or without the chareidim. Imagine what the world would say if they announced they would have a government without Ethiopians, without Druzim. But without chareidim? That’s okay. It’s acceptable to smear and denigrate the chareidim,” said Rabbi Litzman.

In former years, certain observances and values were part of the status quo; no one dared to challenge them. “But today they seek to uproot everything.” Thus, it is an obligation upon all to vote on Tuesday for the chareidi candidates. And if we succeed it will be a kiddush Hashem. The world will know that they cannot destroy us, and that those who seek to do so will not profit by it.”

UTJ MK Rabbi Moshe Gafni said: The public is with us. Not with Liberman, not with Lapid, who seek to harm us. United Torah Judaism will fight with all its might. They will not be allowed to harm the Holy Torah. It’s a war for all that is sacred to us. The war begins on Tuesday, at the polls. The more ballots with ‘Gimmel’ (the UTJ ballot symbol), the Jewish people declare, ‘We have no part with the inciters’ against the Torah!’” 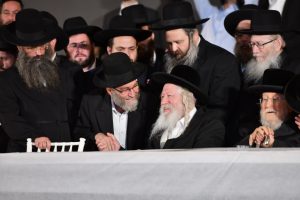 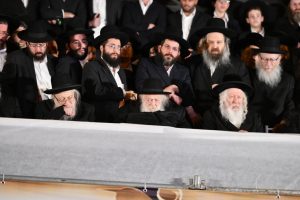 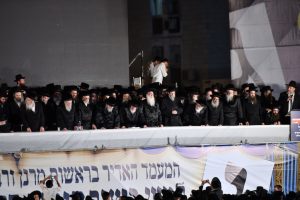 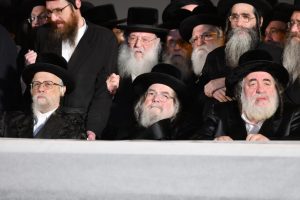 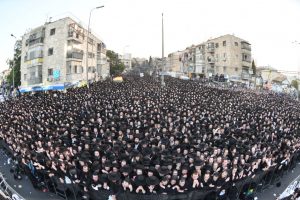 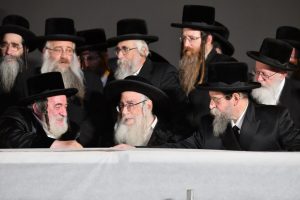 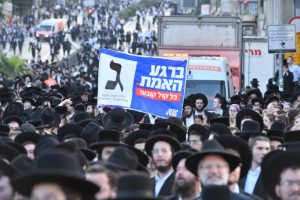 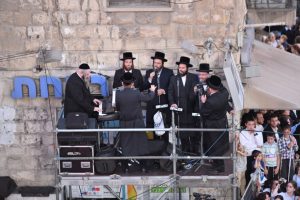 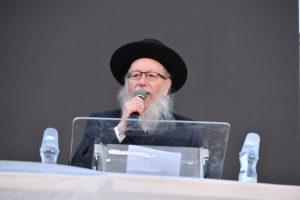 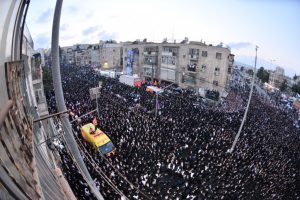 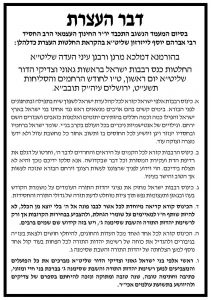