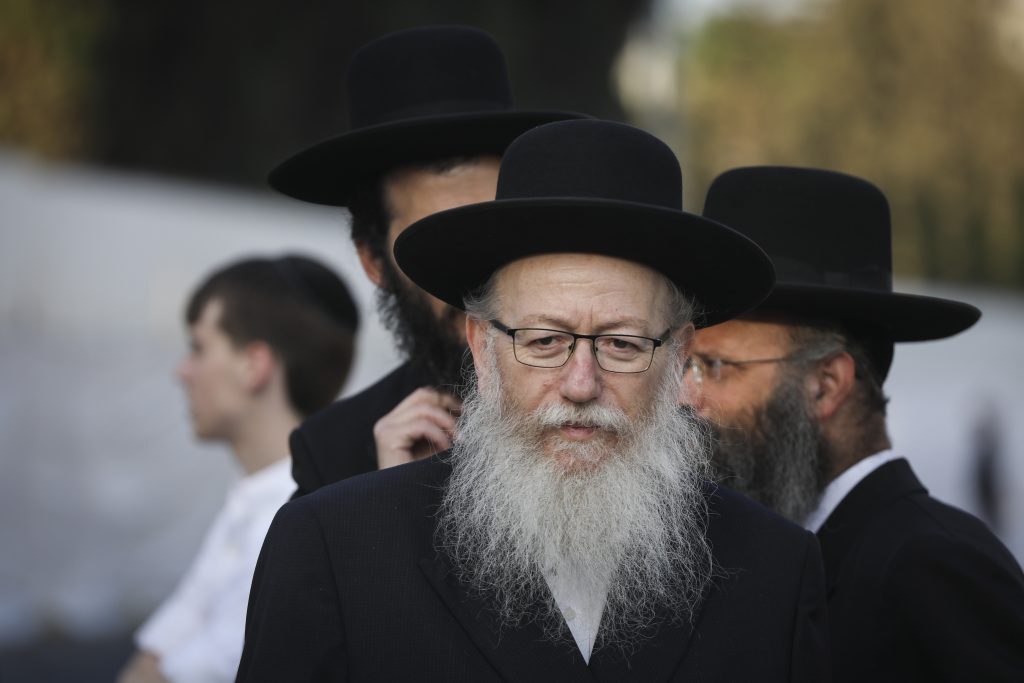 The sacred figures of Jewish tradition were dragged into the Israeli election campaign on Sunday as Blue and White chairman Benny Gantz compared himself to Moshe Rabbeinu.

Gantz, who was asked about his various gaffes during an interview on Walla, replied with arguably his worst gaffe yet:

“My campaign is only a means to achieve leadership in order to serve the state of Israel. I prefer a prime minister who thinks about the good of the nation and talks to people as equals even if he makes mistakes at times. We both know that Moshe stuttered and needed [his brother] Aharon to speak for him, but he was a great leader. We’ll get there,” Gantz said.

Response from chareidi leaders was immediate. United Torah Judaism MK and Deputy Health Minister Rabbi Yaakov Litzman said he was “horrified” by the comparison and chastized Gantz for lack of humility.

“I was shocked to hear of the unnecessary and offensive comparison that Benny Gantz made between himself and Moshe Rabbeinu. Mr. Gantz, take off your shoes before you open your mouth on our people’s holy ones. After joining the ‘incitement choir’ and announcing your desire to establish a secular government without chareidim, it’s only natural that you’re deteriorating.”

UTJ’s Rabbi Yisrael Eichler said: “Moses went with Aharon the priest who blessed Israel with love. In contrast, Gantz is going with Bilaam to curse Israel with eternal hatred,” a reference to Gantz’s electoral partner Yair Lapid, who has continued his venomous chareidi-bashing in the current campaign.