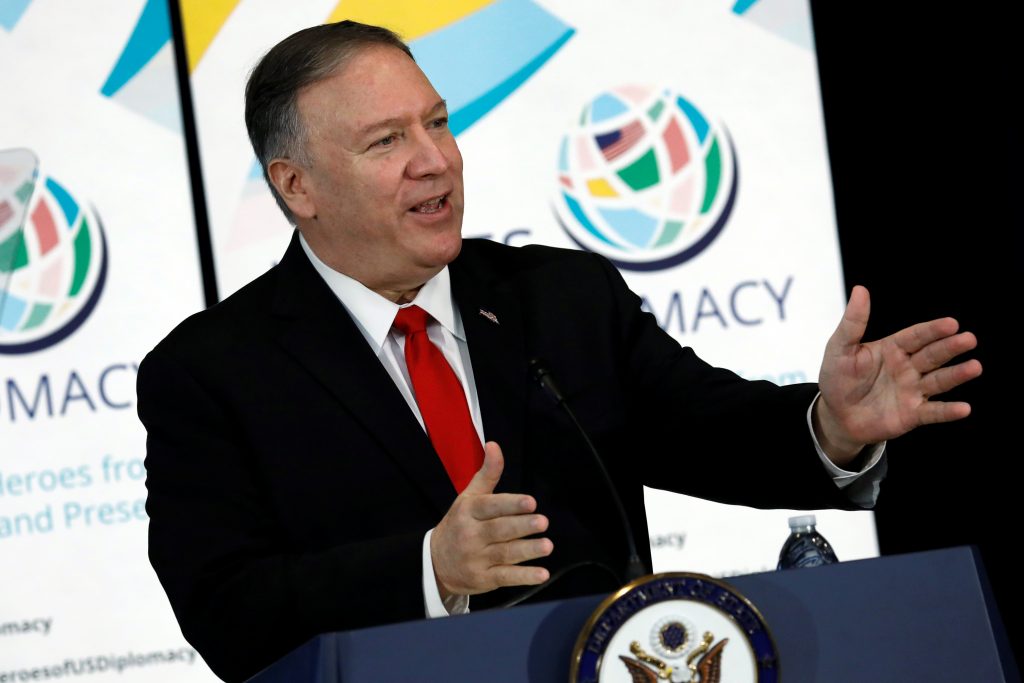 Secretary of State Mike Pompeo on Saturday accused Iran of leading an attack on Saudi oil plants that has impacted half the kingdom’s output, as he ruled out Yemeni involvement and denounced Tehran for engaging in false diplomacy.

“Tehran is behind nearly 100 attacks on Saudi Arabia while Rouhani and Zarif pretend to engage in diplomacy,” Pompeo said in a Twitter post, referring to Iran’s President Hassan Rouhani and Foreign Minister Mohammed Javad Zarif.

“Amid all the calls for de-escalation, Iran has now launched an unprecedented attack on the world’s energy supply,” Pompeo tweeted.

Yemen’s Iran-aligned Houthi group claimed credit on Saturday for attacks on two plants at the heart of Saudi Arabia’s oil industry, including the world’s biggest petroleum processing facility, in strikes that three sources said had disrupted output and exports.

Saudi Arabia, which leads a Sunni Muslim coalition that intervened in Yemen in 2015 against the Houthis, has blamed regional rival Shiite Iran for previous attacks. Tehran has denied the allegations. Riyadh also accuses Iran of arming the Houthis, a charge denied both by the group and Tehran.

The White House said on Saturday that the United States was committed to keeping oil markets well-supplied in the wake of the attack, which sources said affected 5 million barrels per day of crude production – close to half of the kingdom’s output or 5% of global supply.

Rouhani has said Tehran, which denies seeking nuclear weapons, would not talk to the United States until Washington lifts the sanctions choking Iran’s economy.